Nice! Hops fill the room the instant the bottle is uncapped. Loads of hops on the nose and the tongue make this an IIPA of the hop-forward variety (which we all know is the best variety). Consider my socks knocked, if not off, at least loose.

I gotta say, I like this a whole lot more than I thought I would. The delicate jasmine flower aroma works very well with the Amarillo hops so that even though it’s only 40 IBU, the hoppy floral presence holds its own very well against the sweet malt background. The appearance is quite nice as well – yeah, it’s cloudy, but that doesn’t bother me, and the head is very well-behaved, trapping the floral hoppy aroma and generating a perfect lacing ring for nigh-on every sip. I’d like a little more perkiness from the carbonation, but otherwise the mouth feel is spot-on.

Now, that’s a decent bitter. Sufficient malt to support the earthy dry hops, but not so much that the sweetness is overwhelming. I’ve been pretty down on English beers lately – other than IPA’s, obviously – but this is quite nice. 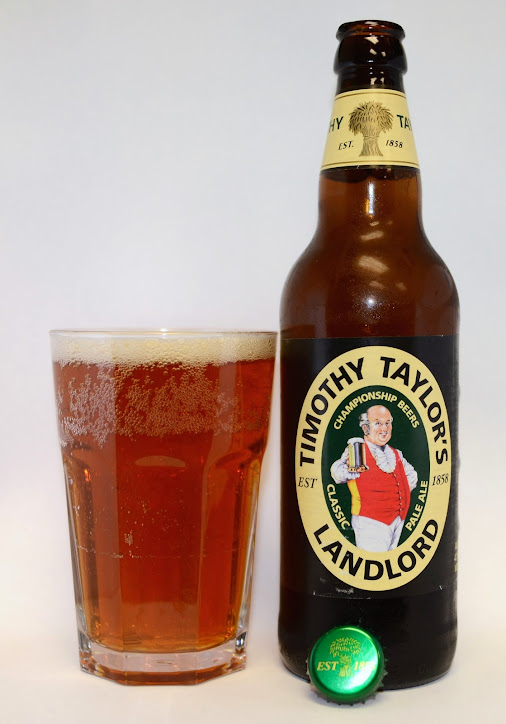 I think I prefer this just slightly over the King Titus Porter. The nose is more cohesive, with no sharp aspects that feel like they need mellowing. If anything, the flavour is perhaps a touch too mild, though the vanilla works well. An excellent stout, regardless.

Well, I always say Porters aren’t my favourite style, but this one mounts a pretty decent challenge to that position. Nice complexity on the nose and tongue, restrained but sufficient hop bittering, just enough sweetness to temper the dark roasted coffee/chocolate tones, and enough body to carry it off. The moderately high ABV is also integrated very nicely, and is barely noticeable as a mild warming. That being said, I’m not entirely sold on the sharpness in the nose, and wonder if this could use some cellar time to mellow – notwithstanding the bottle recommendation to drink within 90 days of bottling. (Seriously? A near-imperial porter that you’re supposed to drink fresh? What’s that about?)

Pours a clear orange amber with a thick cream head, great retention and chunky lacing. Nose is pine resin and grapefruit slightly edging out a caramel malt background, maybe a little citrus and tropical fruit. Taste is similar but a little muddled – the hops seem to have dulled and the malt is a little too present. Mouth feel is medium to full body, with low carbonation and a long, lingering bitter finish.

Gotta say, time and time again, I find that I’m not a big fan of Sorachi Ace hops. There’s something about them that I can’t put my finger on, but doesn’t completely work for me. They’re supposed to be light and lemony, but I get – for lack of a better comparison – cat piss, but only on the nose. Flavour-wise, this seems to be the right balance of light hops and mellow malt. Decent, but not a clear-cut winner, by any means.

And for the love of all that’s holy, why the hell can’t brewers put dates on their bottles? Is the muddled behaviour of the hops because it’s an old bottle, or because that’s the way it was brewed? Who knows? I sure as hell don’t, because there’s no human-readable date on the damn bottle! If your brew’s got a hop character, date the damn bottle!

Not a bad brown ale at all. Nearly a coffee porter or stout with the darkness of the malt, but with a somewhat lighter body. I’m not sure how old this bottle was (come on folks, is it that hard to put a damn bottling date on the label?) but I have a suspicion that the hops were a little muted with age – I’d like to try this fresh or on tap and see if there’s a bit more hop presence.

The bottle says “Acknowledged by beer lovers and experts”. Fair enough: I acknowledge it as well. Furthermore, I acknowledge I didn’t actually go blind as a result of drinking it. However, I also suggest you don’t actually drink it, unless soviet-era vodka with a chaser of gasoline is to your taste. Perhaps acknowledge it with a little wave as you pass it on the shelf, or maybe the sign against the Evil Eye? This isn’t really so much a beer for drinking, as it is a beer for avoiding, or perhaps running away from, very quickly.

(OK, maybe it’s not quite that bad. It’s fun putting things down, though, isn’t it? I’ve clearly been doing this “beer tasting thing” all wrong, trying the best ones I can find. Obviously I need to find more bad beer to slag. I could have a bright future as a restaurant or film critic!)

Pours a clear amber with two fingers of off-white head diminishing gradually to a thick ca and heavy lacing. Nose is… bizarre: smoky green jalapeños, caramel malt, and something I can’t identify. Taste follows, with a moderate spiciness that grows as the pint progresses. Medium body, low carbonation, and an off-dry finish.

I’m sorry, this is nasty. As in, sink pour territory – and I don’t generally do that, plus I love spicy food. This just doesn’t work. Save your time and money and don’t bother. I’m coming to the conclusion that this is a brewery that you can’t blindly support. Some of their brews just don’t work, and this is the poster child for that.