I don’t usually bring price into these things, but much as with their Kriek, Lindemans has crafted a true Belgian example of the style at an extremely competitive price. Except for buying Cantillon at the brewery, there are precious few Gueuze – or, indeed, Wilds of any sort – that even come close to the bang-for-buck performance of this. (17/20) 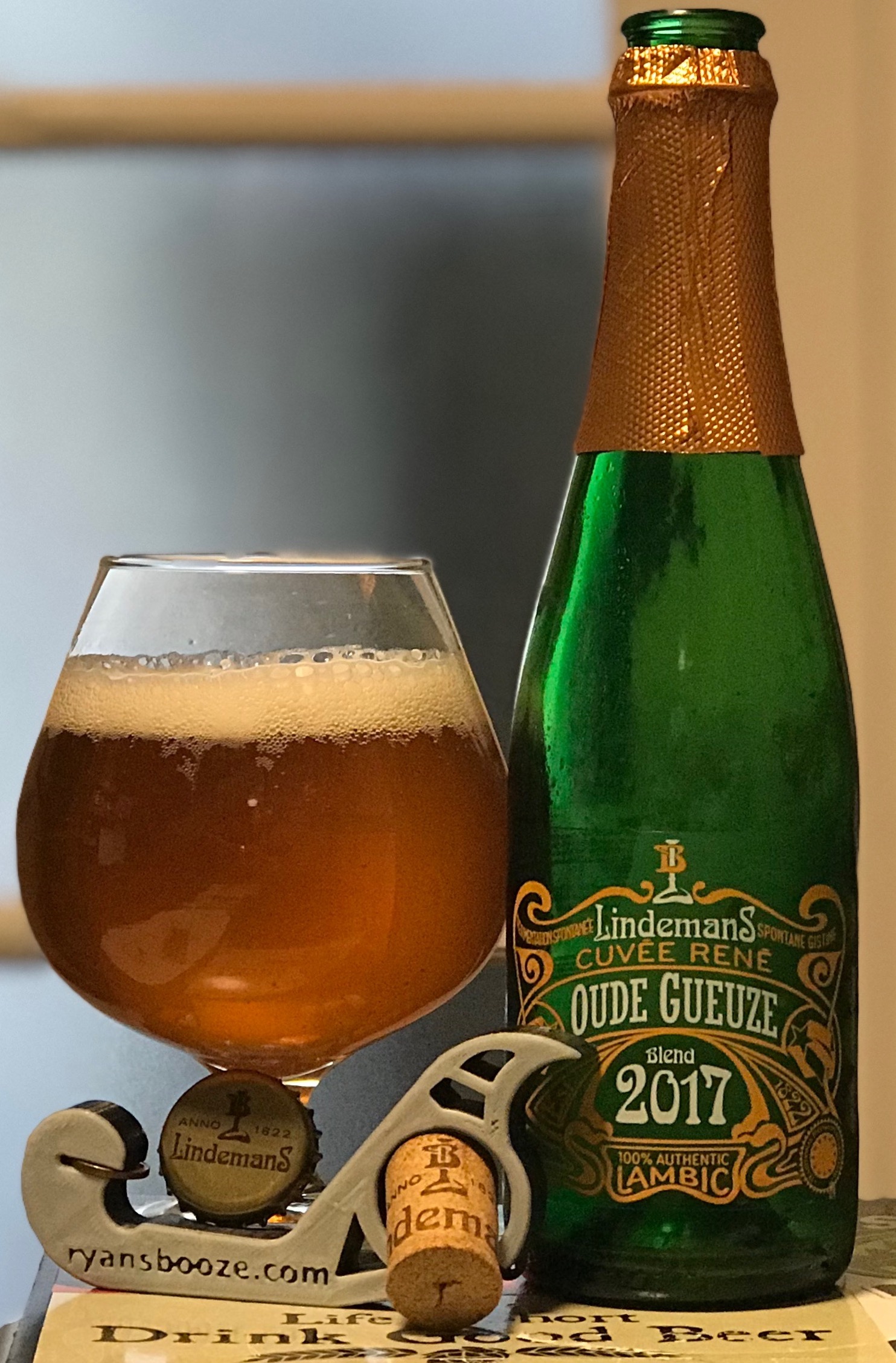 Not entirely convinced. I had this a couple of months ago, out at the cabin, and was a little more generous scoring-wise than I feel tonight. (That’s not entirely unexpected, given the typical behaviour out at the cabin.) However, I’m puzzled by the prominent smoky note I’m getting here now, that was apparently completely absent the last time I had this. Or, at least, that I completely failed to discern. (Again, entirely possible, out at the cabin.) It isn’t terrible, and it sort of grew on me, but it had a big hole to dig out of after the initial “what the serious hell is THAT” moment I had upon first smelling it. One thing it very much isn’t is what it says on the label: the only “old world” pubs that would have an ale like this would be ones that served Rauchbiers, so classifying this as an English Brown is misleading at best. It’s not terrible, but that’s hardly the ringing endorsement you look for in a tipple, is it? (12/20) 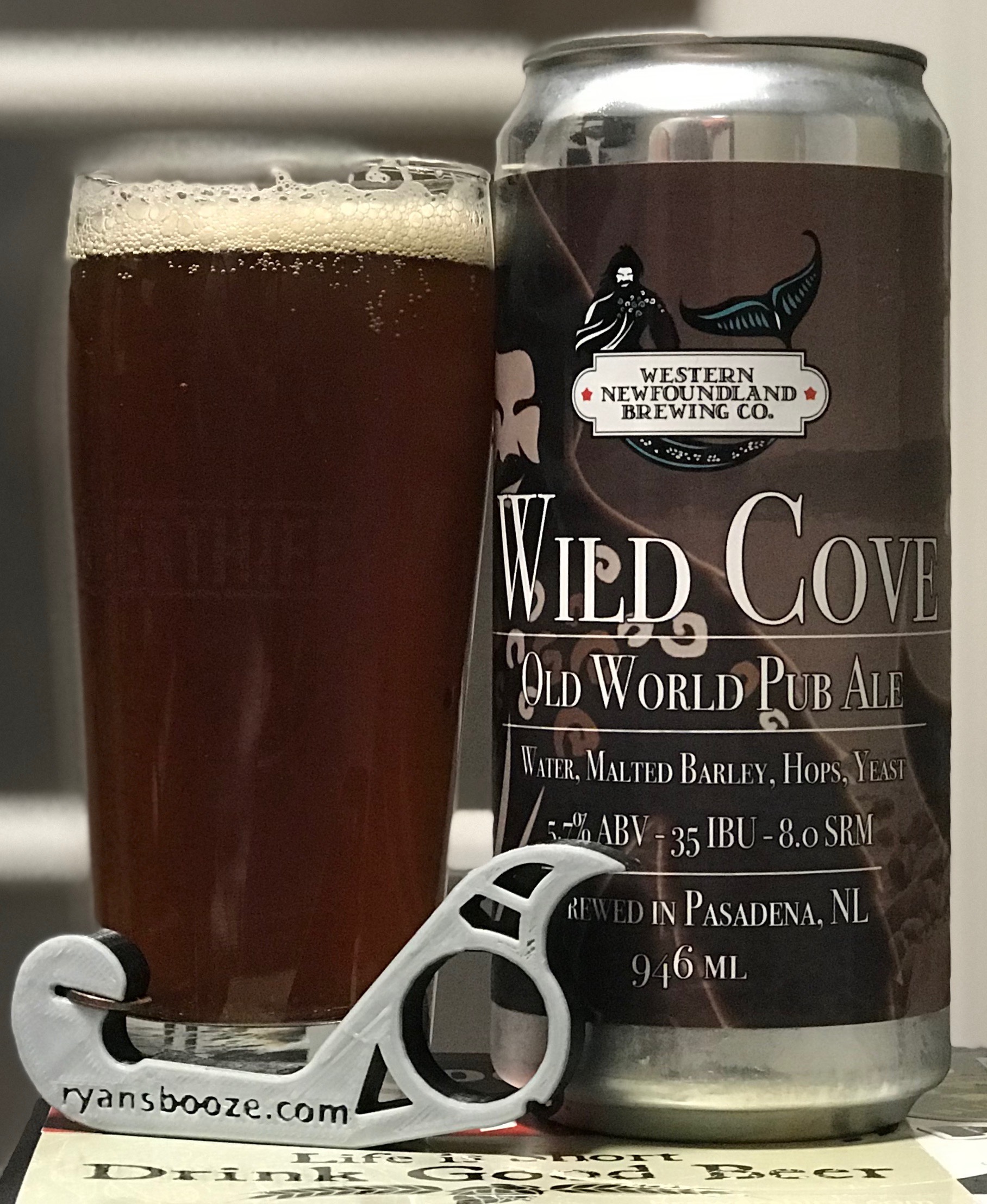 I don’t usually give grief for low carbonation on a growler fill, but this one was filled at their retail outlet less than two hours ago. I’m sure it would be better with higher carbonation but as it stands it drops off a bit flat and watery. The hint of sulphur on the nose isn’t helping much, either. All in all, a pretty unremarkable Blond. (12/20) 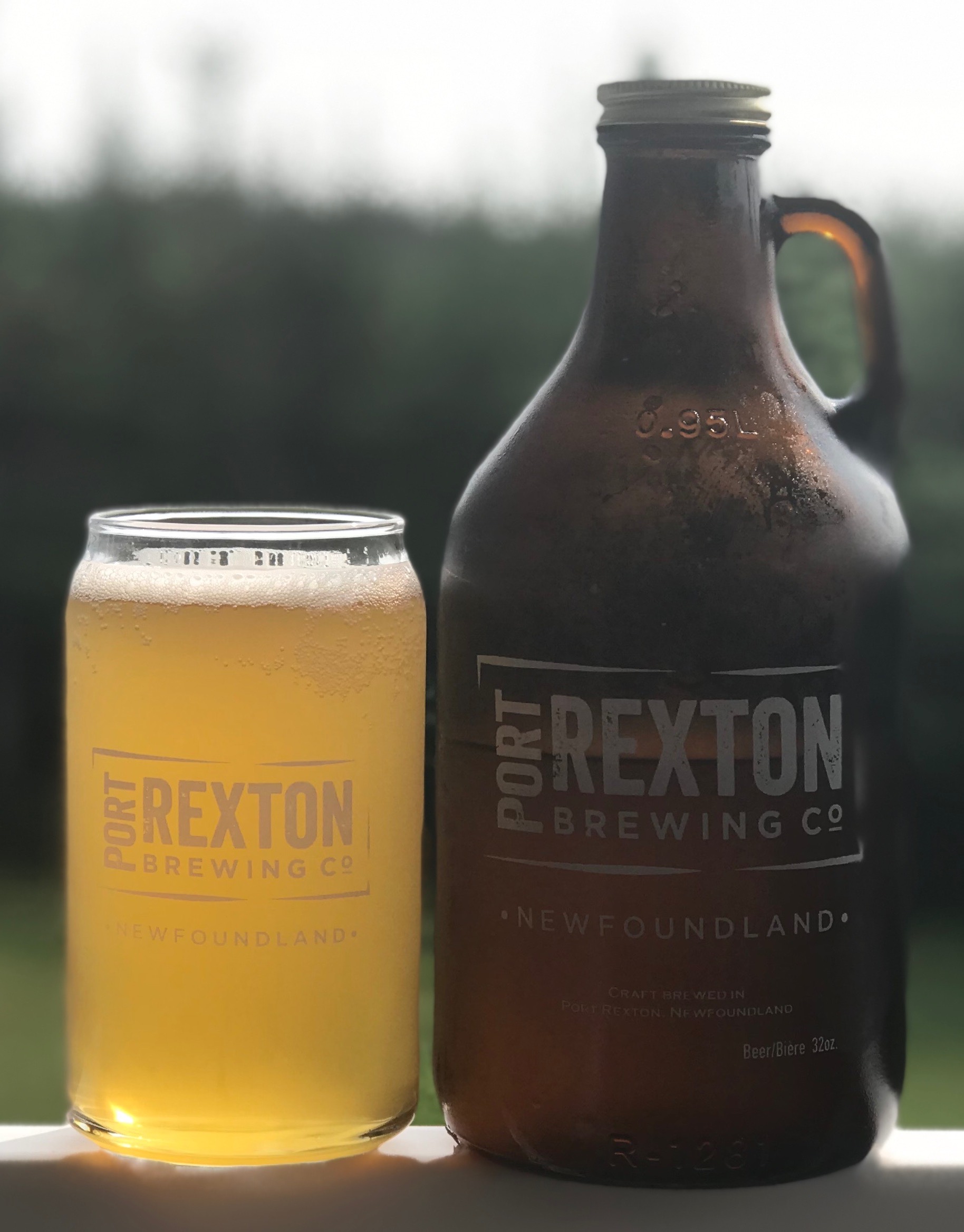 I only bought it for the Missus, because she likes the standard Blanc, and had very little in the way of expectations – but it could be worse. I mean, yeah, it’s Carlsberg, and the fruit character definitely seems more like purée than anything else, but on the up side, it’s not overly sweet, and it is refreshing. Good one for a hot day. (13/20) 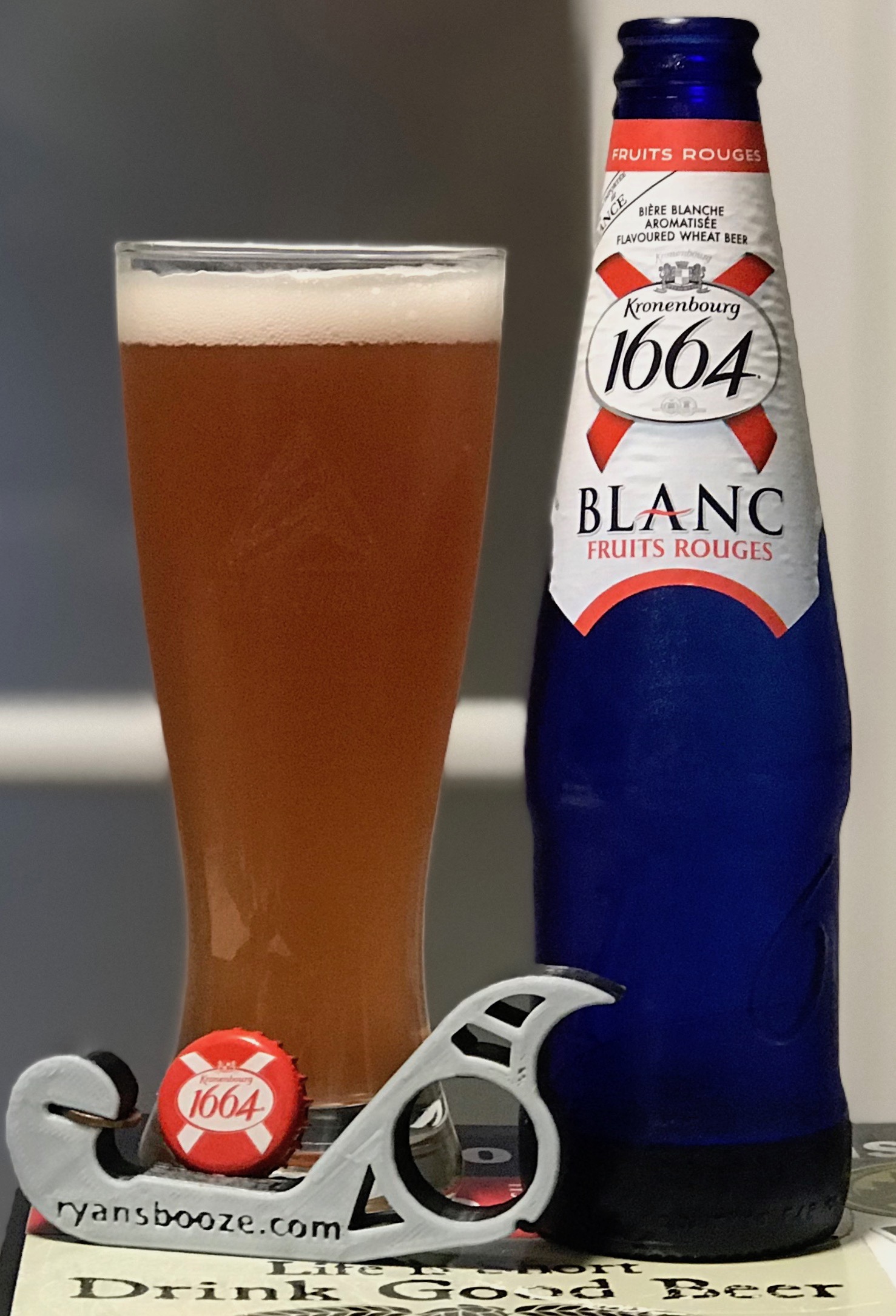 Very firmly in the “cold and wet” classification. The “20,000 year old iceberg water” is an obvious marketing gimmick, as is the clear blue glass bottle. (Not that it doesn’t work, mind you: they routinely have to appeal to customers to return their empties because they don’t have enough bottles on hand to do a run.) Other than the marketing, there’s little to distinguish this from any number of other Pale Lagers. I bought this as fresh as possible, in a six-pack in a cooler, so as to minimize the chance of it getting light-struck through the clear glass, so this is pretty much as good as it gets. That is, marginally better than a mass-market macro adjunct Lager. (9/20) 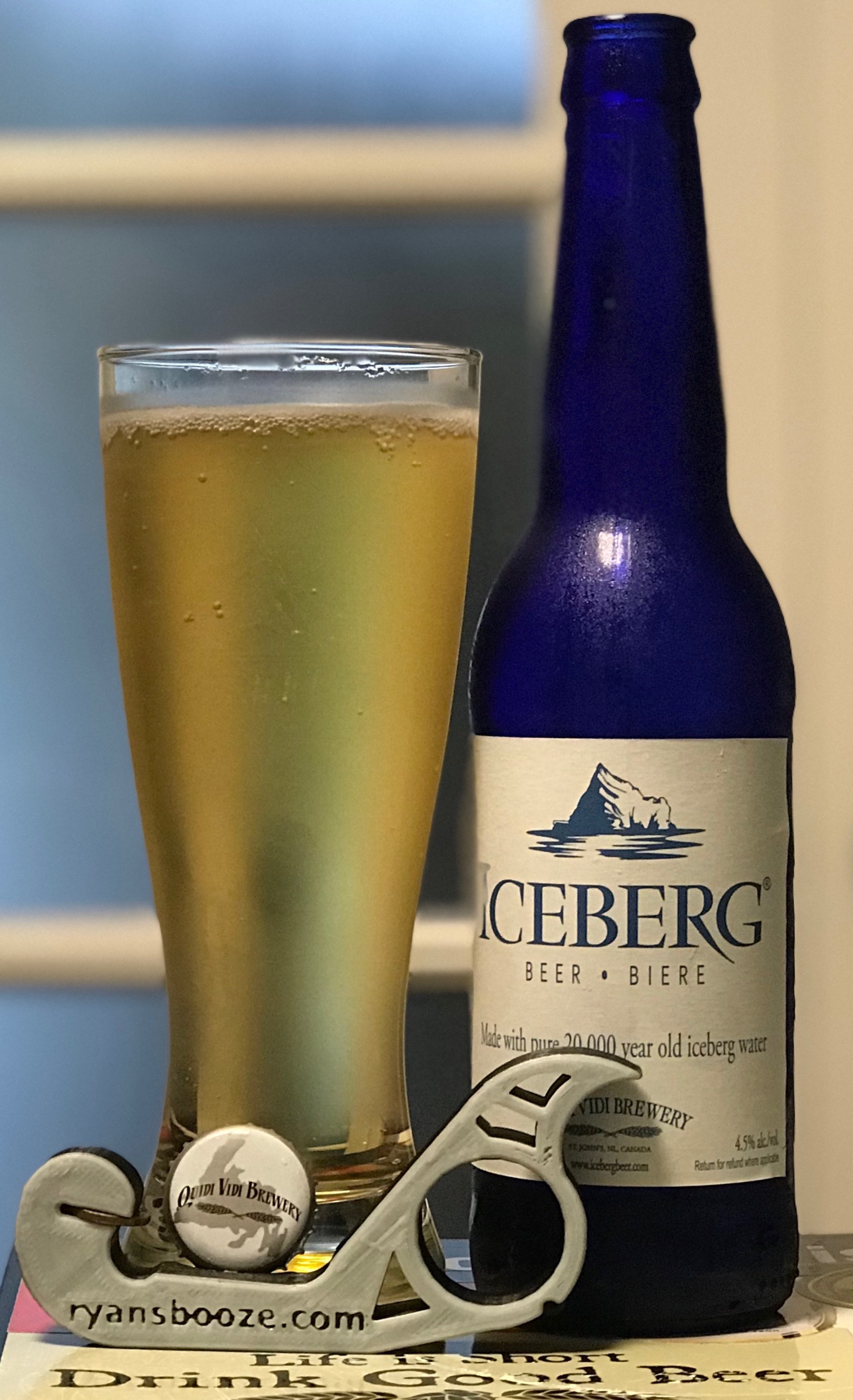 Well… it’s certainly not great, but I was surprised by how decent it actually was. This might be the same as their “Summer Shandy”, but I don’t think so – I found the Summer Shandy to be a little too sweet, while this one is actually fairly restrained. That, or I was just way more thirsty when I drank this one, with the combination of a surprisingly hot late summer day and cleaning the house for sale/move. Either way, a solid, not-too-sweet, not-too-alcoholic midday thirst quencher, whose only downside is very little beer character. (15/20) 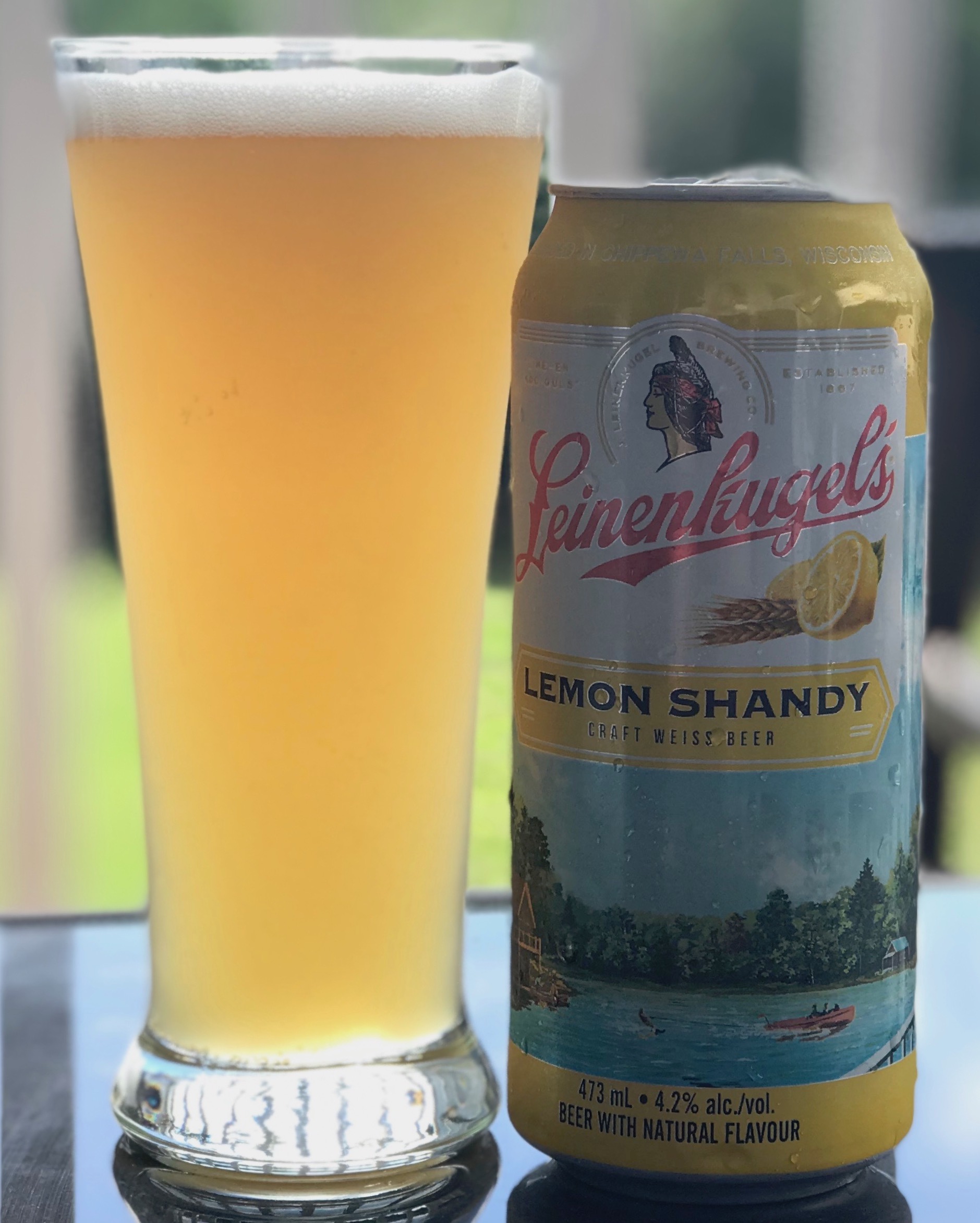 This thing desperately wanted to turn into a gusher. That, and the dry funky tart aroma, made me think that it had been inoculated with Brettanomyces, but it appears not. (Though, I suppose unintentional infection is entirely possible, especially since they actually do brew a Brett Saison.) Really, my only complaint about this is my perennial one, of overly-enthusiastic malt bills for Saisons leading to excessive ABV’s: I’m an inveterate boozer and I guarantee you there is zero chance I’d be able to remain vertical after five litres of this a day, let alone work the fields! As far as the name goes, I dunno: yeah, there’s floral notes there, but I’d hesitate to call it “wildflower” – Grandma’s bedroom, more like, with lavender and chamomile carrying the day on the back end. All of those piddly objections aside, this is an exceptional beer, and one that would probably cellar well for a fairly lengthy period – too bad I bought only the one. (17/20) 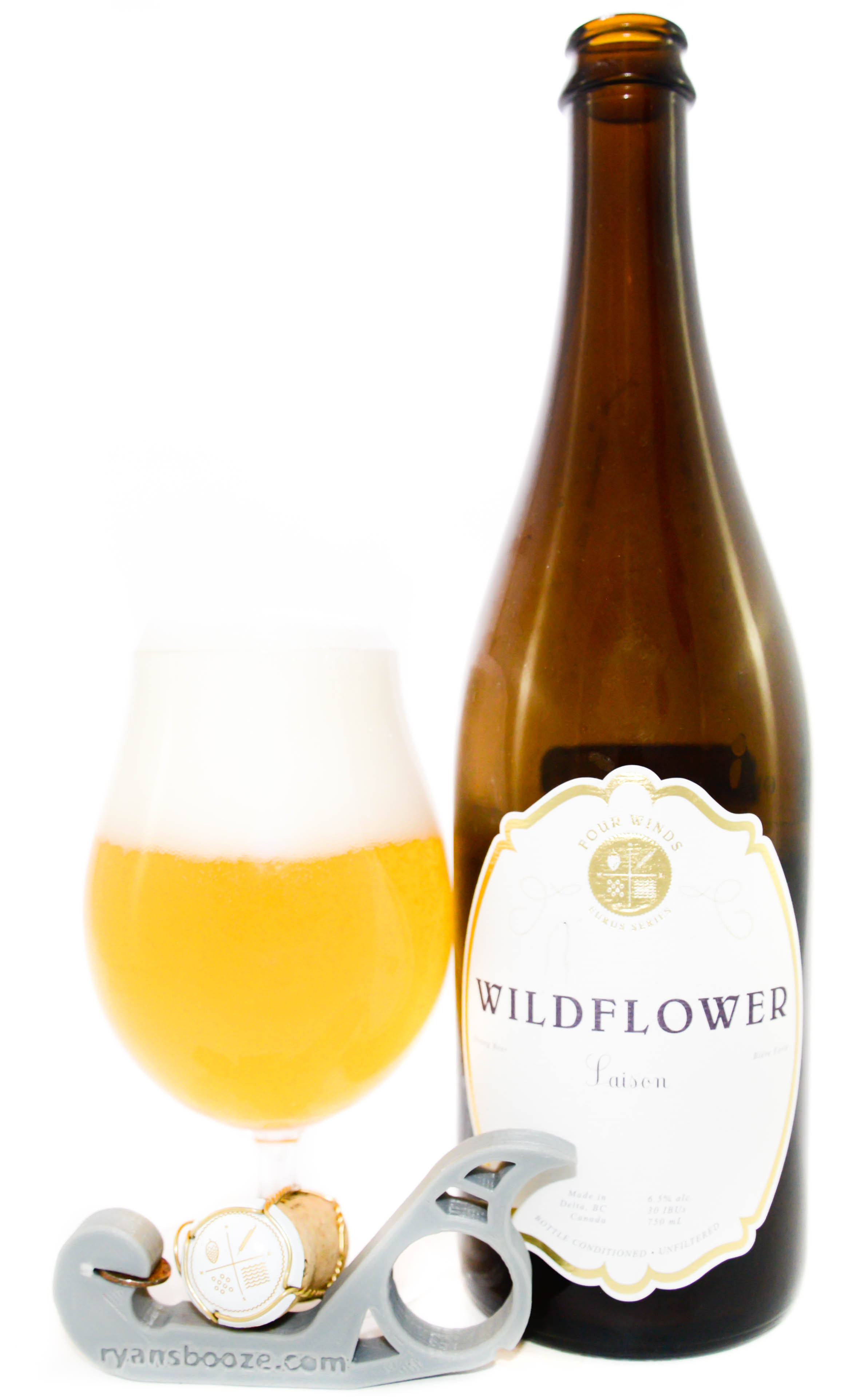 Well, it might be Fahr Fetched, but it’s not very far-fetched – certainly not to the point of being classifiable as a Hopfenweisse. On the nose, at least, this is a full-on Hefe: big banana and bubblegum, with not a whole lot of hop character. And, I can’t say I’m surprised, since Fahr is so very traditional German in character. Personally, I would call this a very mild deviation form the normal hop profile, while German purists might be spluttering in indignation. (15/20) 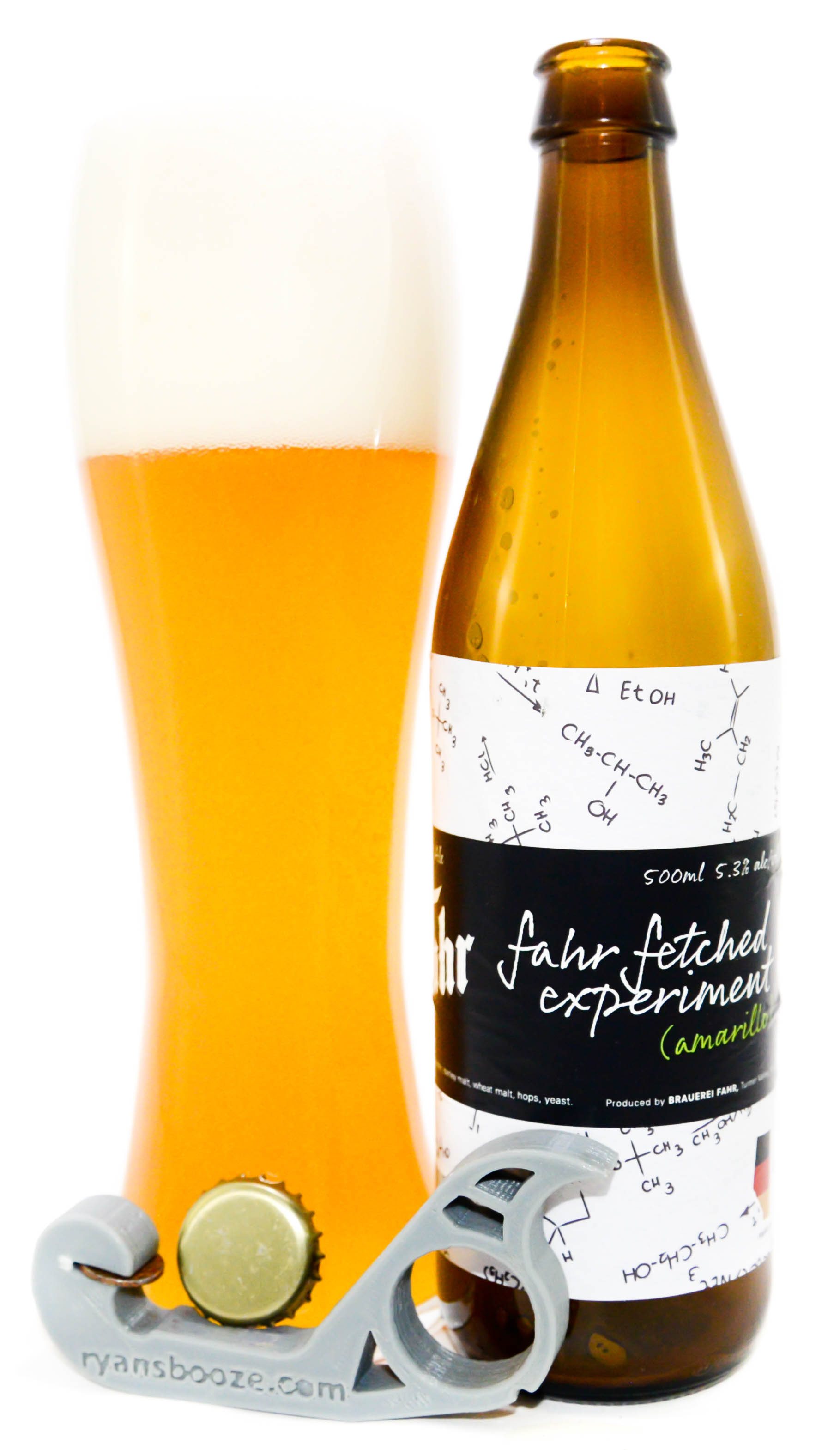 I have great respect for both Mikkel and Jeppe, but it’s right there in the name: “Evil” Twin. There are some breweries whose products I can safely assume will be predictably good. There are others who generally do very good (indeed, spectacular) things, but occasionally fumble the ball fairly badly – Perfect Matcha, need I say more? Not, I hasten to add, is Mikkel immune to such issues, but if you’re gonna call yourself the evil twin, you’ve gotta expect a certain amount of blowback. (Even more interesting is when collaborations between two such breweries can have both results – I’m looking at you, Rainbownade ?? and Coffeenade ??!) So, fair to say, I had no idea what facet of the evil twin was going to be on display here. And yet, I had reason to hope based on the name alone, being somewhat of a fan of Piña Coladas… And of making love at midnight – or really, any time, while we’re at it – though not so much of getting caught in the rain, but that’s been less of a concern once I started shaving my head.

And yes, all of that nonsense was written before the first sip. We can safely move on to the beer, I guess. Sooo… yeah. Lots of coconut, pineapple, and lactose, precisely as promised by the label. I’m kind of vaguely disappointed, but hell if I could tell you why. Maybe because this so strongly resembles a Piña Colada, without much beer character at all? Though, now that I think about it, it’s about the same strength as a Piña Colada, if not more, for about half the price per volume. Yeah, OK, fine, I approve. (16/20) 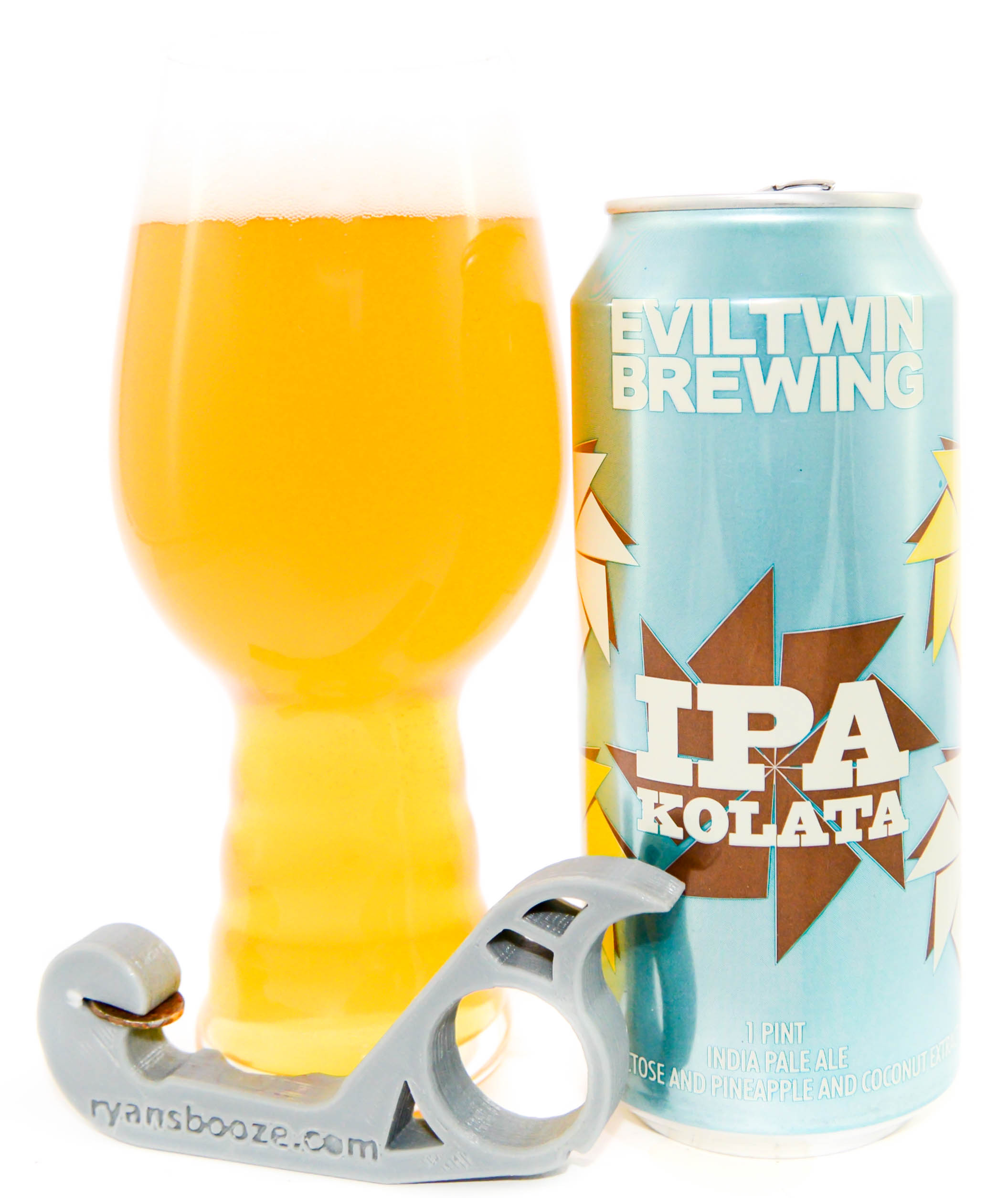 I have the sinking feeling I might have to take the blame for this name. Right about two years ago (almost to the day!) I reviewed Cerulean Dragon and said Seriously? “Cerulean” Dragon? You don’t think that particular well has run dry yet? What’s next, “Periwinkle” Dragon? Then, this June, Lacey Cropley of Alley Kat posted a comment on that review, announcing the release of this.

Well, I am and I’m not. I previously opined that this series was actually getting better, not worse: the prior four I reviewed were, in order, 7, 7.5, 8, and 8.5. While this one isn’t a clear improvement over the last one, it’s at least not fallen off a cliff. This is a pretty old school DIPA, with resiny pine at the forefront, and I have absolutely no problem with that. I haven’t had a lot of Eureka hops, but I have to say, the mint is an interesting little addition. All in all, I’m happy to say this is near the top of the series. (16/20) 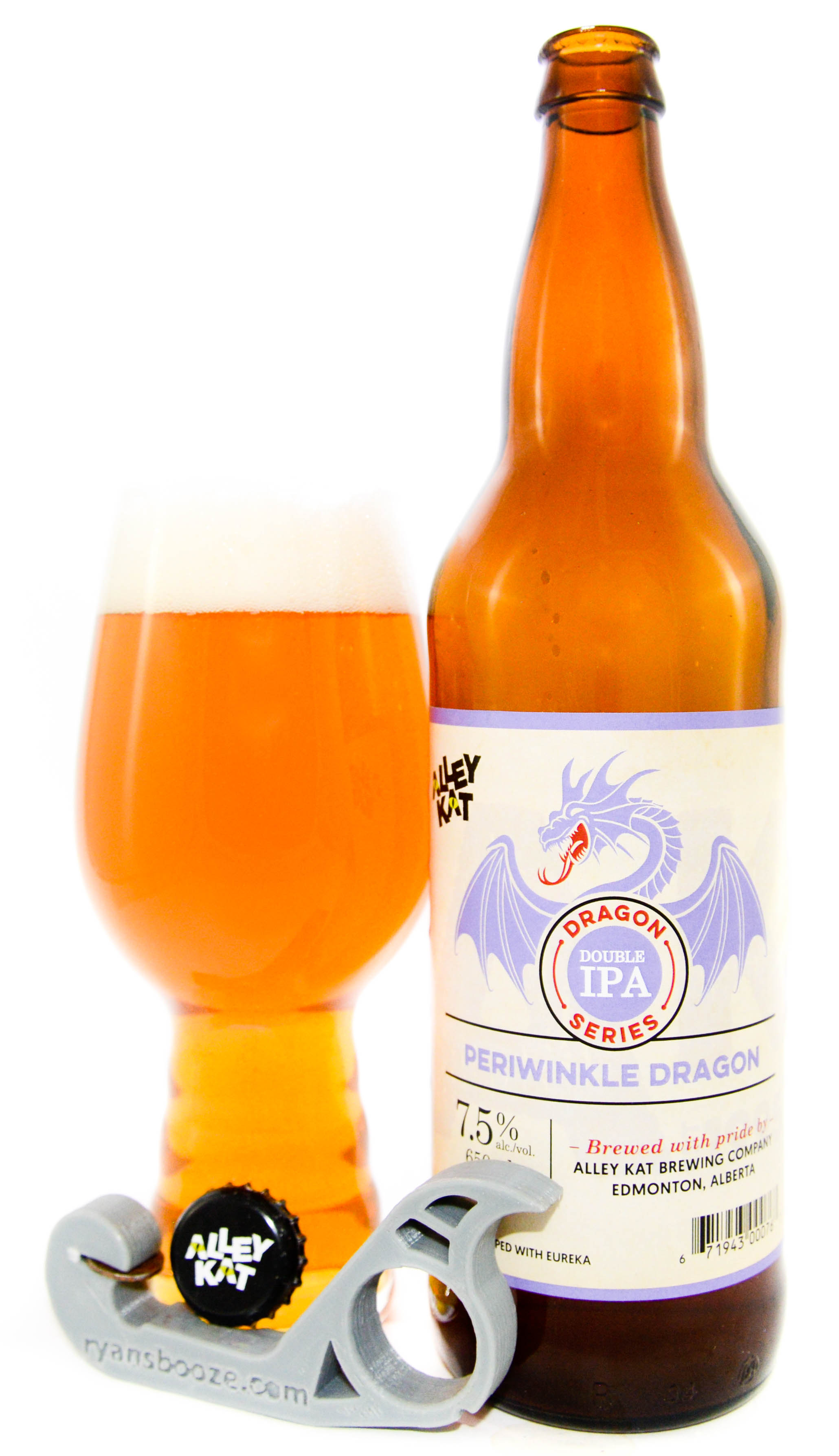