And so the Advent calendar closes with #24, another Winter Warmer-ish ale, this one based upon the Belgian Strong Pale style. I like this one quite a bit more than yesterday’s, probably due in no small part to it being nearly triple the ABV. It’s certainly a much more interesting beer, with some citrus peel and spices adding complexity to the herbal/floral hop notes, and a fairly beefy bitter that really only becomes apparent in the lingering finish. (15/20) 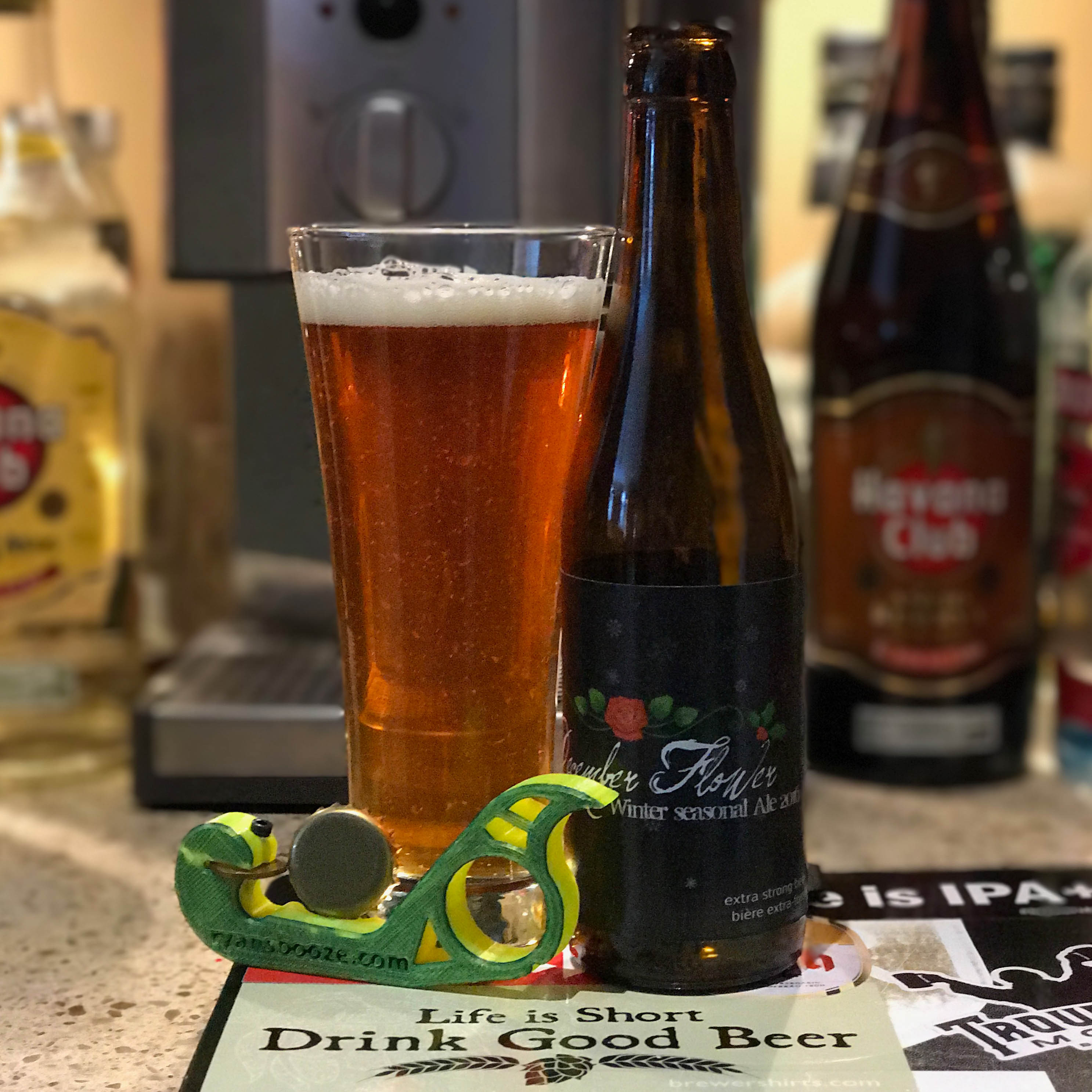 Advent day #23 is another example of that style-but-not-really-a-style that I love to complain about, the Winter Warmer. And, unfortunately, this isn’t a particularly good example of that “style” – really just more of a fairly unremarkable ESB with some mild “seasonal spices”. (The ABV is far too low to contribute any warming character.) Aside from the frankly off-putting name, there’s nothing much to recommend it one way or the other. (13/20) 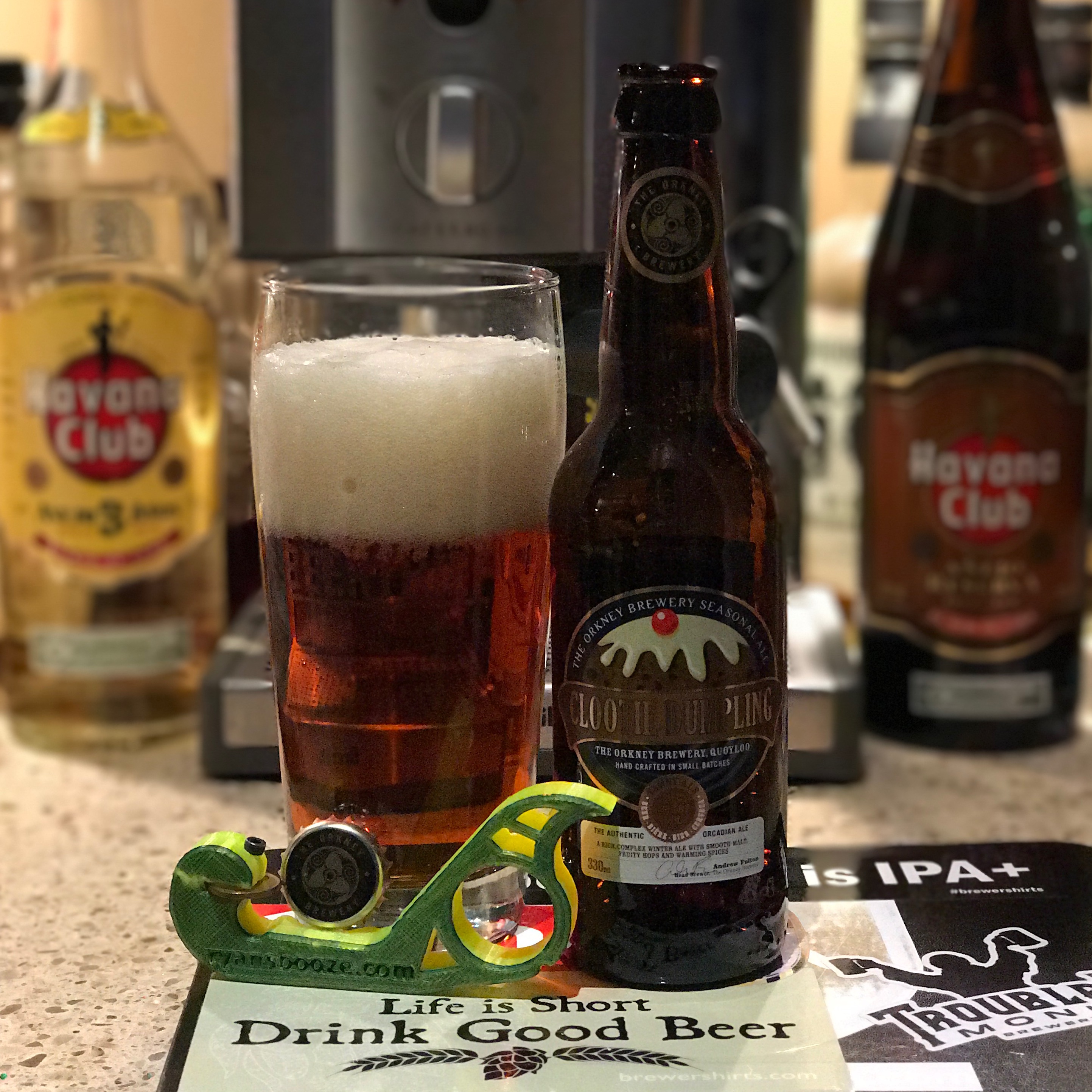 Phew. Advent day #22 is a massive beast, aggressive nearly to the point of being harsh and brutal. By way of comparison, there’s a species of wild cherry tree in Newfoundland we call “chocolate cherry,” or more to the point, “chokecherry”. That’s what this thing is: big chocolate notes, yes, but completely overshadowed by huge, chokingly tart and astringent cherry. This is far more aggressive than its presumable namesake, kirsch. The first sip is like a punch in the face, and it remains a slow sipper even after the taste buds have been bludgeoned into submission and the 10% ABV starts to work its magic. It might very well improve, possibly dramatically, with a year or two in the cellar, but right now it’s a hot mess. With that in mind, I admit that it grew on me towards the end – but oh, that first sip! (13/20) 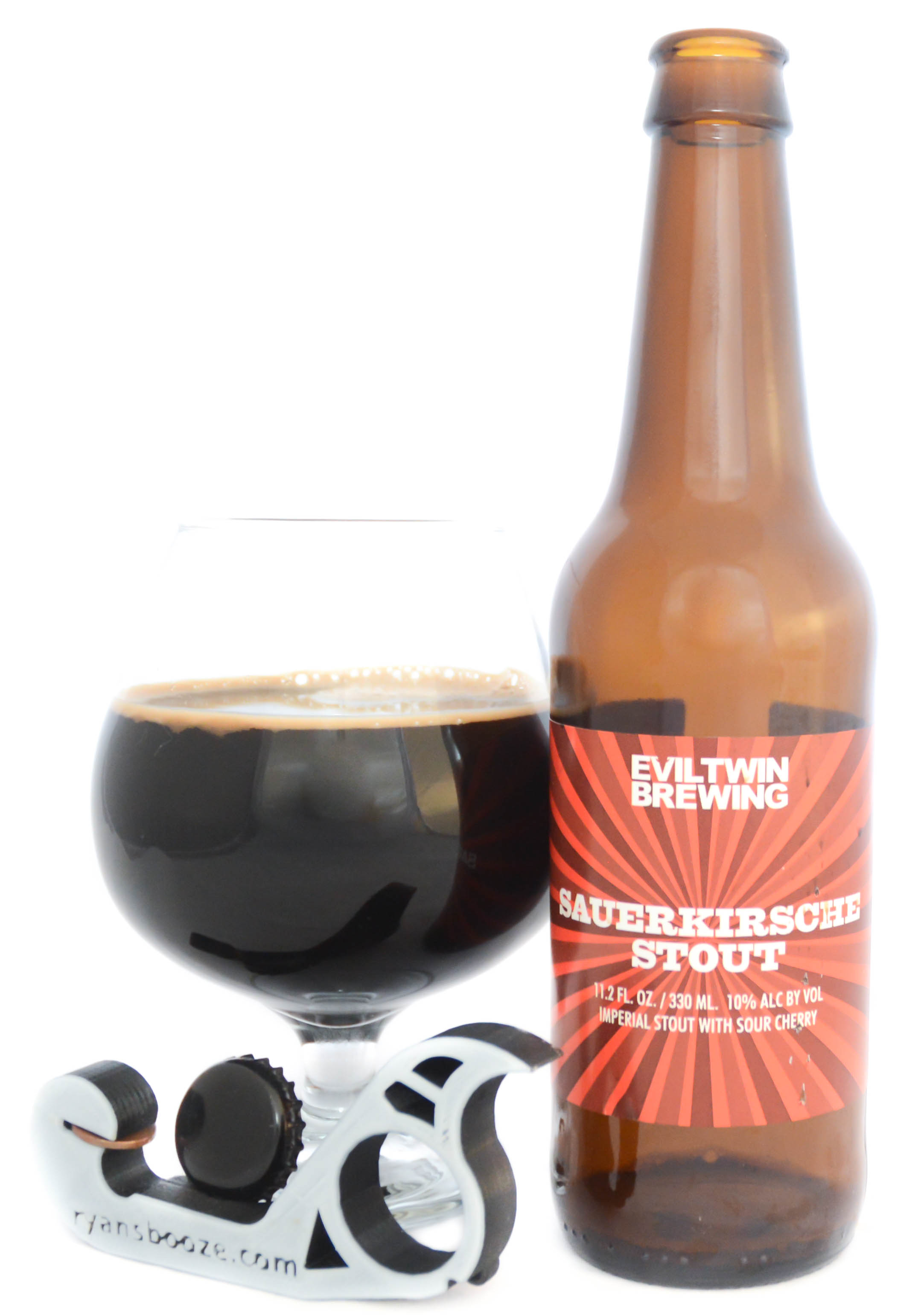 Advent day #21 is a style that I’ve tended to struggle with, and the second appearance of that style in the calendar. I used to actively dislike Barley Wines, but that’s changed, to the point where I think I can now actually appreciate the style. But, there are aspects of this one that perplex me. For example, how can the head be so pronounced, while the carbonation is so soft? I mean, yes, I understand that head retention is a function of proteins, but how does this froth up and generate so much head to retain in the first place, during a relatively gentle pour, while having such mild carbonation? This isn’t just an aesthetic objection, because the sheer volume of head actively dampens the aromas, while the body falling off to watery affects the finish. I want to like this more than I do, and given the big ABV I’m honestly surprised I don’t, but ultimately it falls short. (13/20) 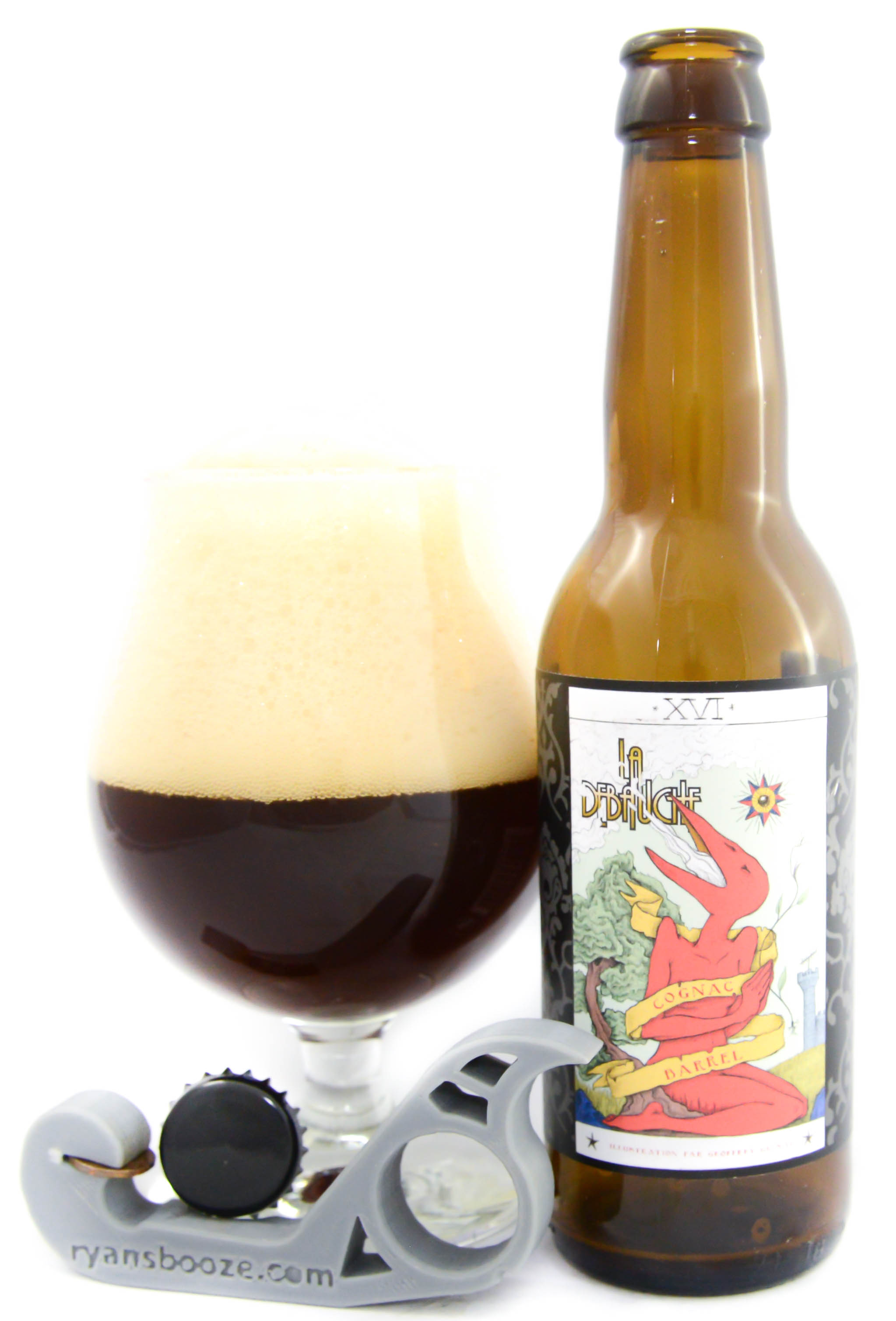 OK, let’s do this one by the numbers: Black? Well… sorta. Mammoth? Well… maybe. Winter? Yes! Yes! Nailed it! This is, in fact, the first day of winter! Ale? Another solid one! Batting at least .500! Ok, fine, sarcasm aside, this might not be quite the beast it promises – truth be told, it’s pretty much a standard Porter in terms of flavour profile, except for the ABV – but it’s fairly respectable. Or at least, it would be, with some more bitterness backing up the malt bill. In my humble opinion, something this dark (-ish) and heavy (-ish) can pull off a decent IBU value – particularly if it wants to brag about being “mammoth”. And another damn thing, while I’m at it: pick a style. If y’all had called this a Porter (like I think it is), or even made the argument it’s an Imperial Porter, I’d probably have been a bit more enthusiastic. I hate classifying things as Winter Warmers, because it’s a bullshit style encompassing a wide range of ABV’s, malt bills, and spice profiles. Might as well call it an American Strong Ale, for all the help that provides. Do I like it? Yeah, sorta. Am I happy about that? No, not particularly. A bit more direction would help this immensely. I’ll grudgingly call this a seven, but I’m not happy about it. (14/20) 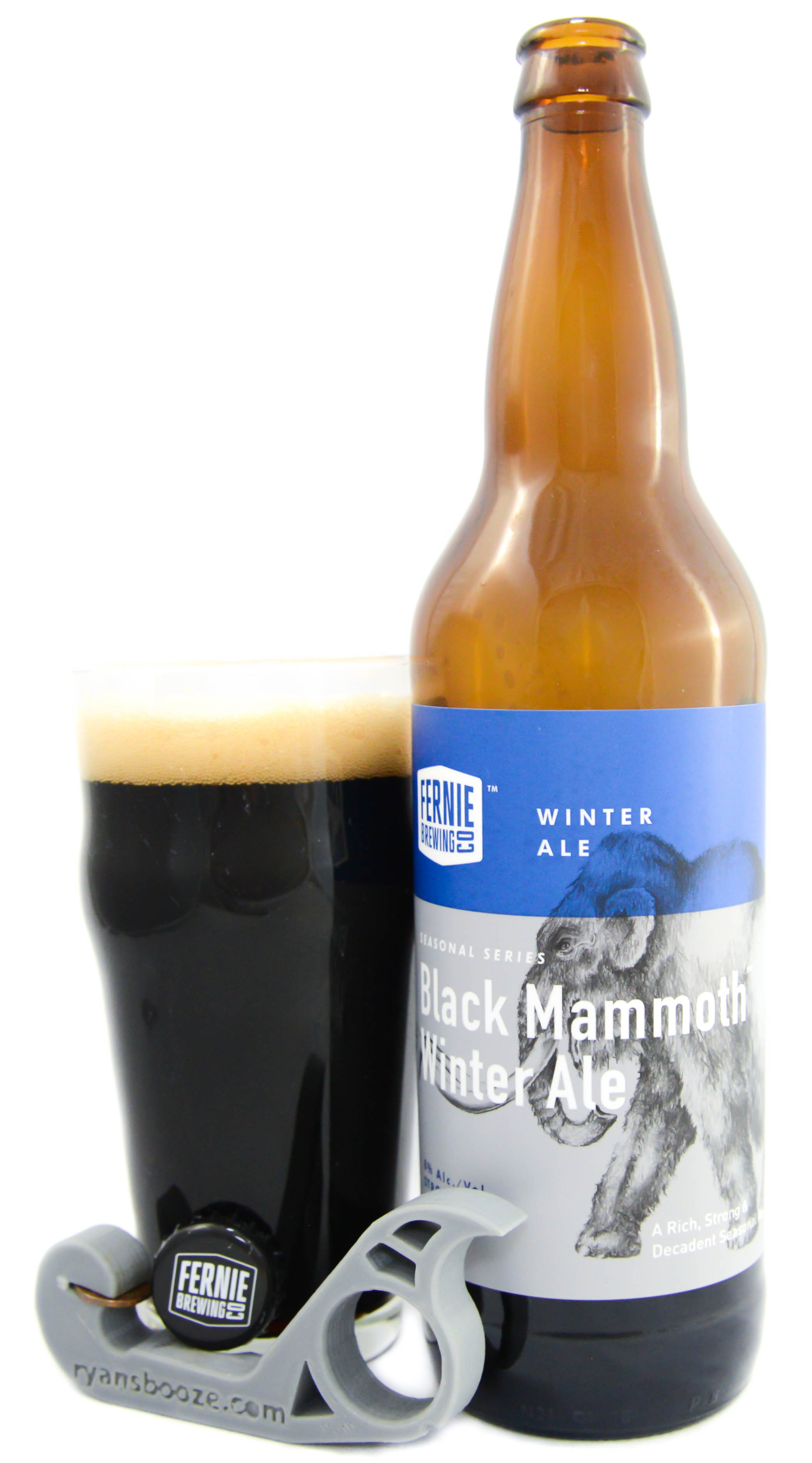 A bit strange – simultaneously sweet and drying, with chocolate and vanilla notes. I guess it’s… sort of… rice pudding… ish? Not unpleasant, but I can’t say I’d go looking for it again. (12/20) 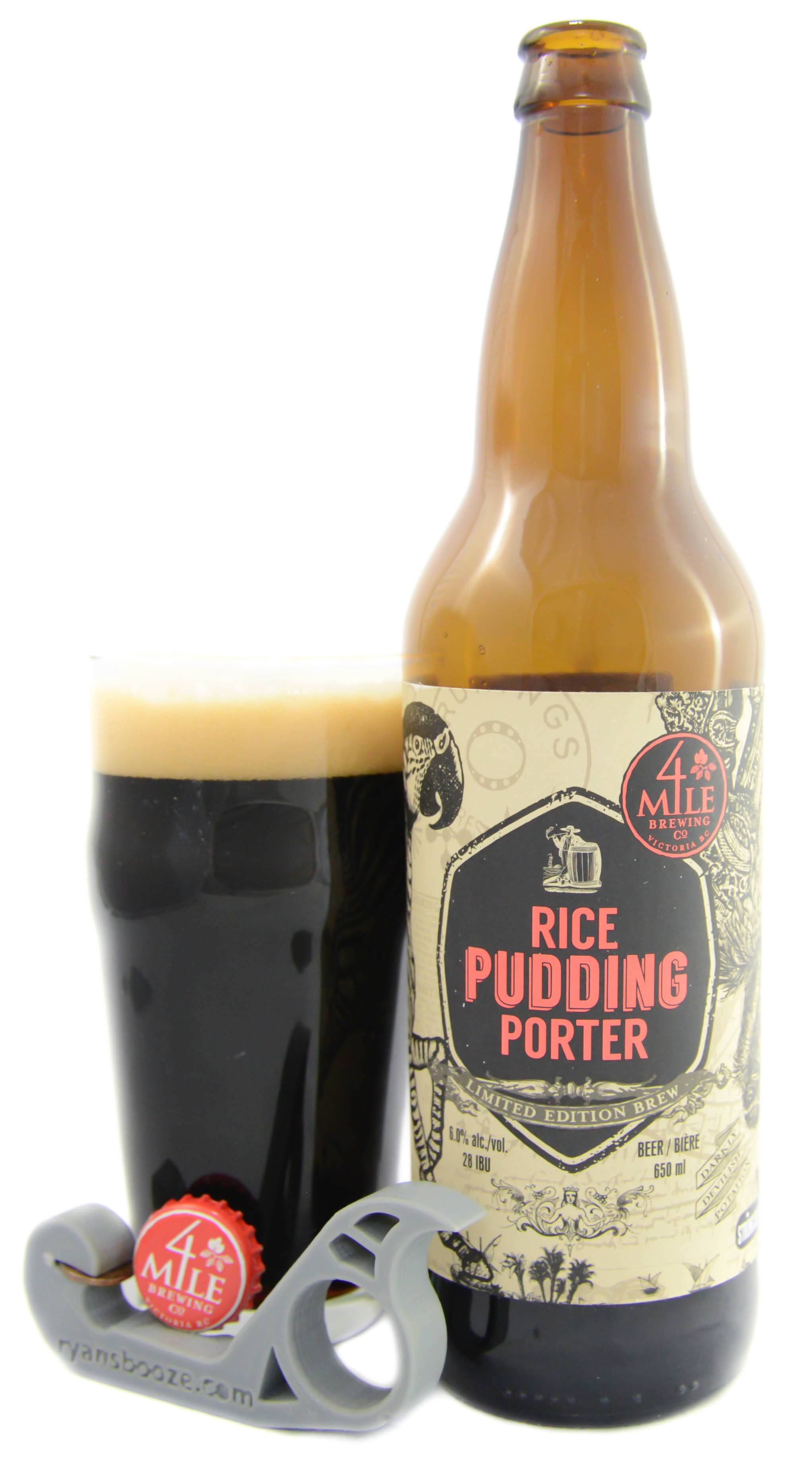 Meh. Pretty, but ultimately a mess. Spicy and sticky sweet overwhelms everything else. I had cautious hopes for this, but they were cruelly dashed. (11/20) 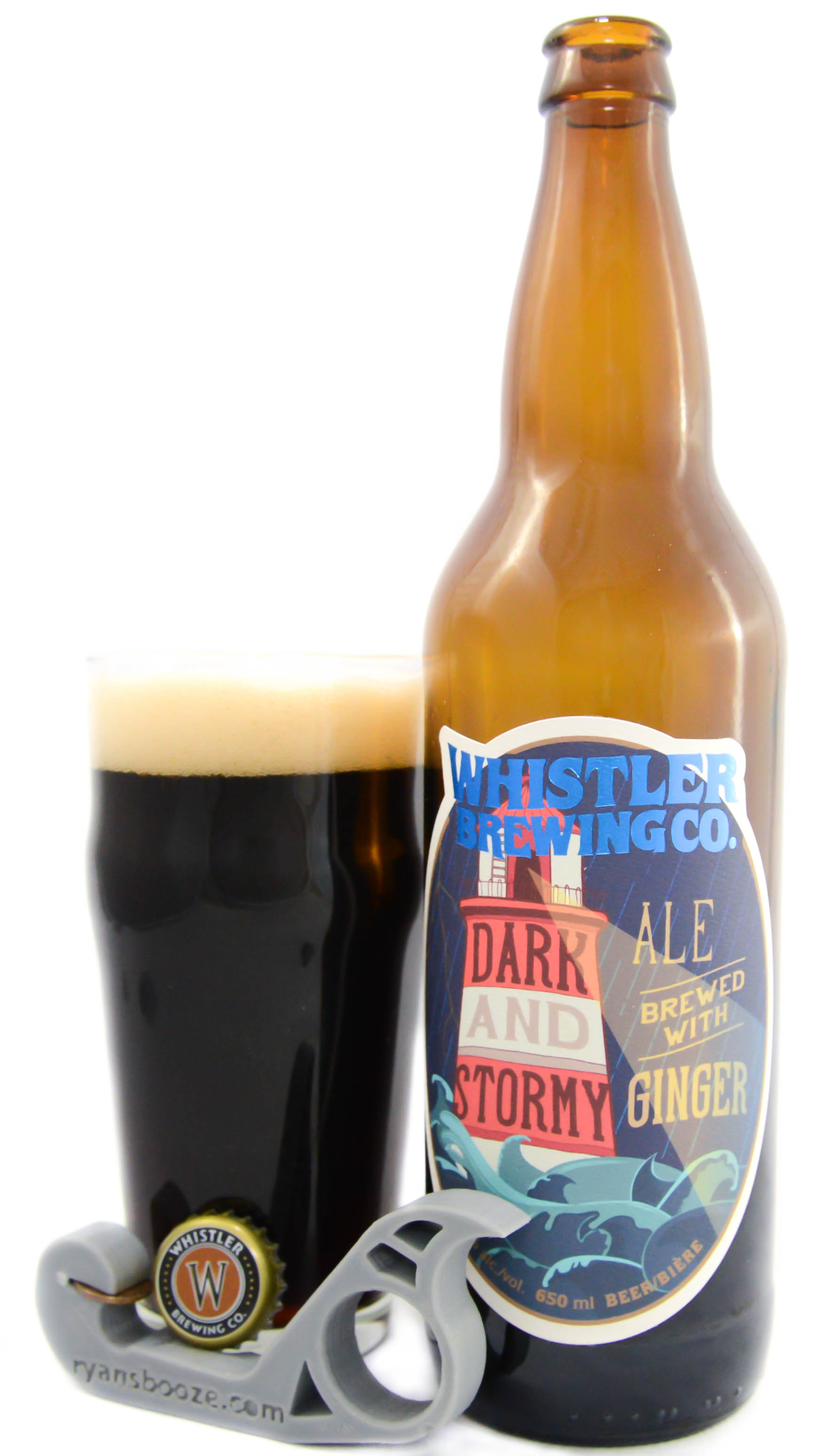 Advent day #20 (first day of winter!) brings one of my favourite styles, the Oud Bruin (Flanders Brown). I’m fairly sure this is actually just a slightly renamed version of their Oud Bruin, but I haven’t had that one, so I could be wrong. Certainly, I’m not getting a lot of hops, so I don’t know how relevant the name is. This is a nice beer, but that’s hardly surprising given their founders include a former head brewer of Omer Vanderghinste, a former employee of De Proef Brouwerij, and a former employee of Van Honsebrouck and New Belgium – a fairly impressive pedigree, to say the least. This beer reminds me of Rodenbach, or maybe Vichtenaar, and definitely tends more to the tart than the more traditional sweet and funky like Duchesse de Bourgogne. Still within spec for the style, but at the sour end of the scale, if you will. It’s actually so sour that I can’t tell if there’s any bitterness or not – but if there is, it’s low. I like this a lot. (17/20) 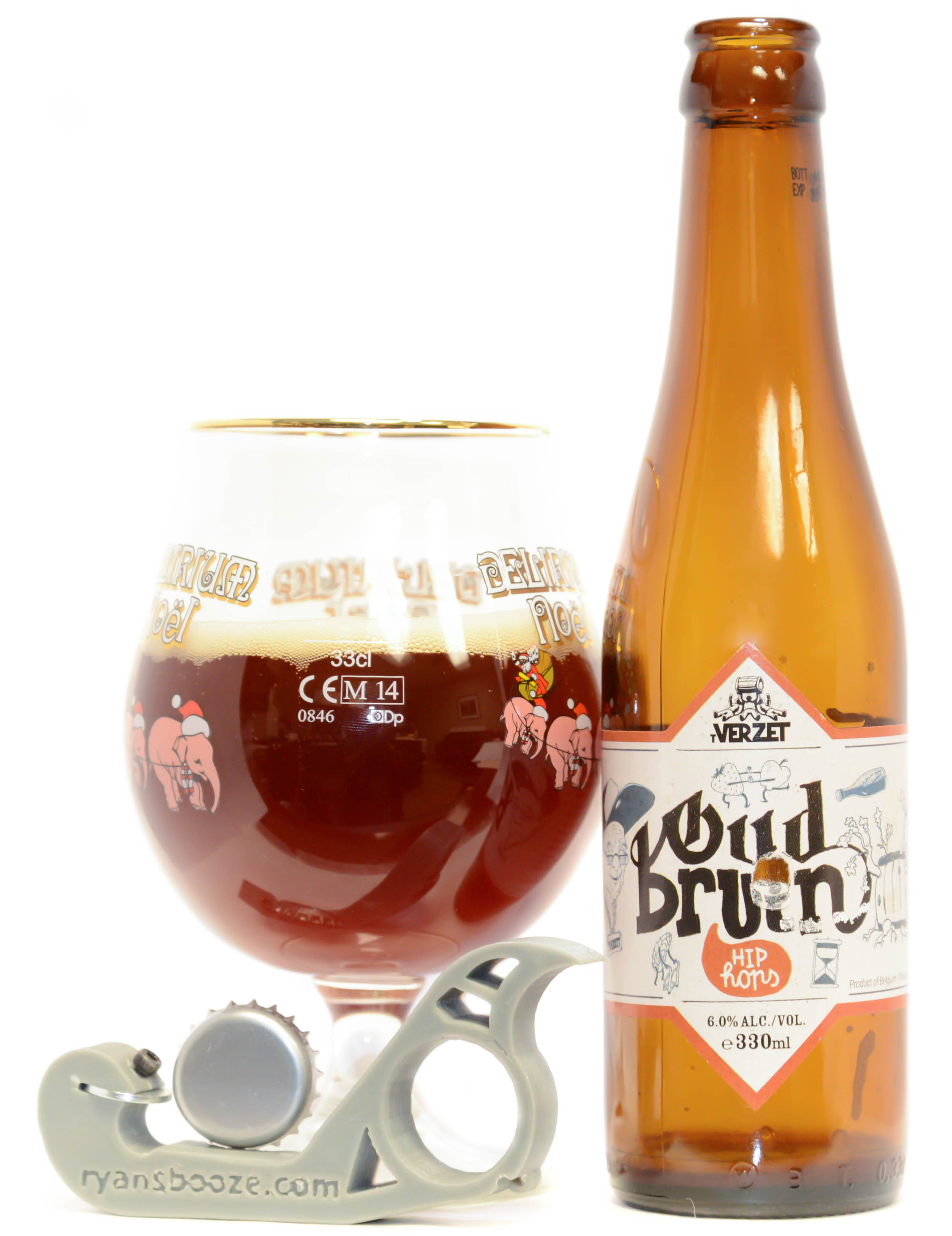 Hooo, yeah! I’ve never had a Black IPA like this before – it’s really more like a (very!) hoppy RIS, than any other Black IPA I’ve had. Lots of big sweet malt character melds extremely well with boozy dark fruit and massive hoppy bitterness. I think every other Black IPA I’ve ever had has focused on the IPA side of things, adding a dark roasted malt note as something of an afterthought, that doesn’t fundamentally change the body or overall character. This, on the other hand, is the bastard child of a heavy and sweet Imperial Baltic Porter, and a hop bomb A/IPA – and speaking of bastards, there’s more than a little hint of Stone’s Arrogant Bastard in here, too. This is some serious shit that I highly recommend. (17/20) 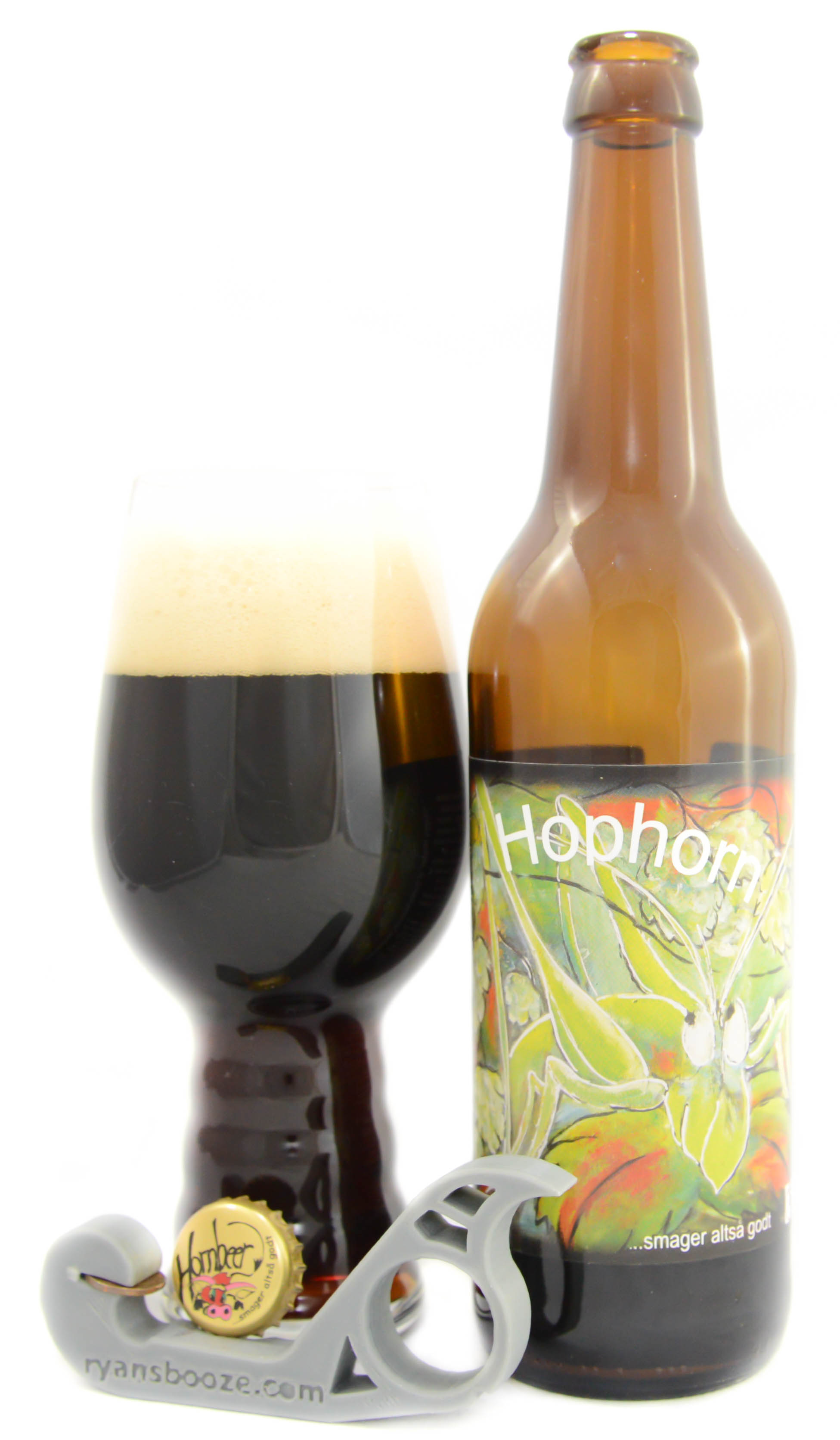 The brewer’s notes for this read, in part: “This has made the beer very clean and I don’t think many people would pick the brett unless they knew it was there. Not yet anyways, I hope it will funk up with some age.” Well, buddy, all I can say is, if this is what I get with an old bottle, bring it on! Because the funk leads the way here, and never stops. I’ve ben debating with myself whether I actually prefer this to the Black IPA variant I had previously, and all I can conclude is, they’re both excellent. This might be a tad cleaner than the black, and is certainly far less malty, so I lean ever so slightly more in favour of this one, but truth be told I wouldn’t argue with you if you wanted to give me either. (16/20) 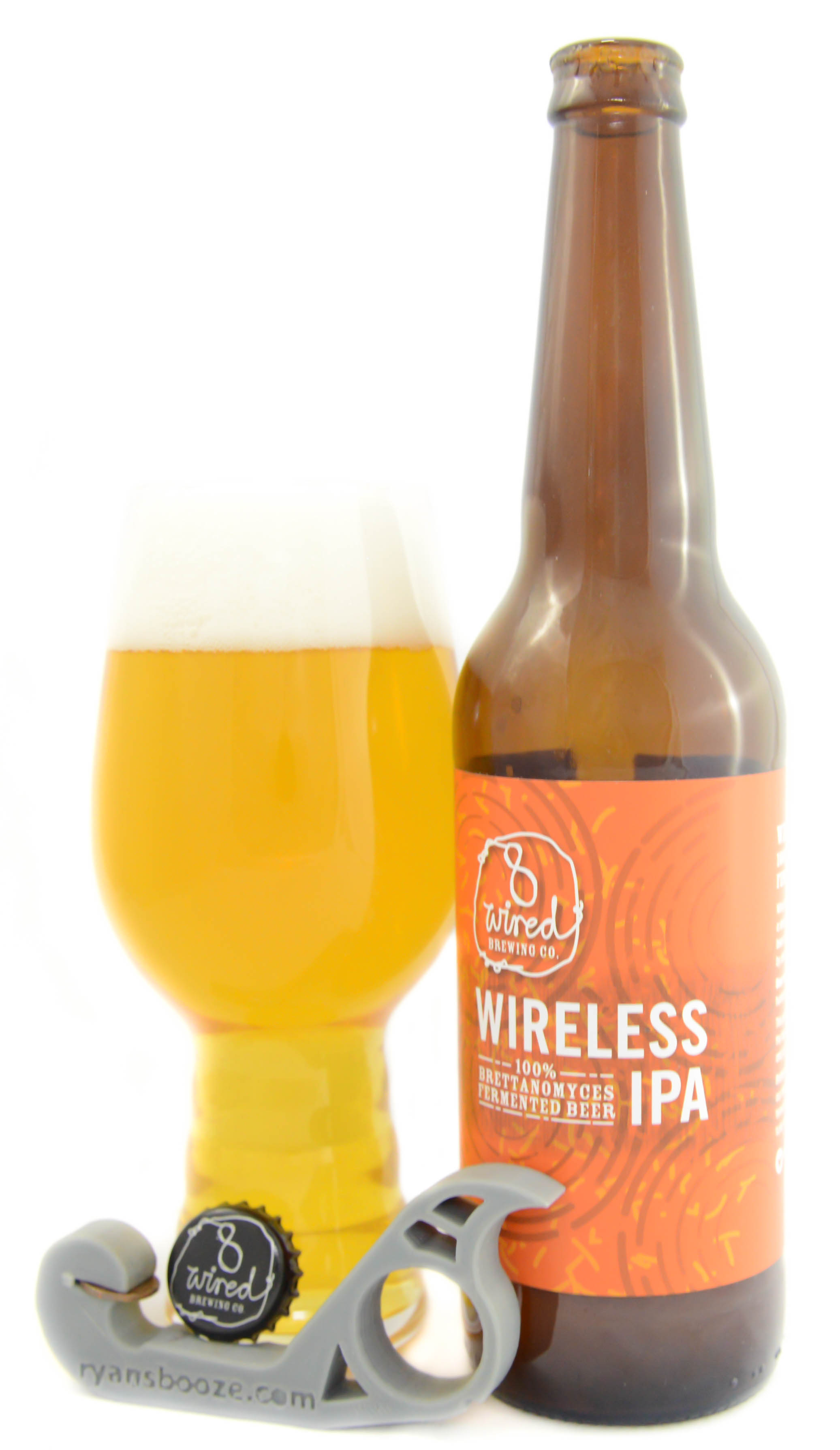