Something a little special from the cellar tonight (numbered bottle 1885 of 2100, ooo, fancy!), because fuck it, why not? Like my sticker says, life is short, so you might as well drink the good stuff first, right? And three years is long enough to leave it in the cellar, even if it does leave double digit ABVs well in the rear view mirror. (And, by the way, if the name doesn’t evoke Monty Python for you, you might as well just uncircle me now, because you’re not my kind of people.) This is, by any metric you care to use, a monster: a big, boozy bastard that doesn’t give two shits what you think. That being said, I’ll list my (very short list of) perceived defects, because it’s easier than listing its merits: I’d like to see better head retention/lacing; the carbonation tends slightly high, making the body (in my opinion) feel slightly lighter than it really is; and even three years in, it’s still hot. That’s it. I won’t elucidate any deficiencies in the aroma or flavour, because I think it’s totally personal preference, and someone else might well go higher or lower. I’ve gone on record as saying McAuslan’s St-Ambroise Oatmeal Stout is one of the best Canadian beers around – and this is better. This might actually be the very best Canadian Stout that can be had for love or money, despite its extremely reasonable price point. (Well, originally, anyway – I have no idea what it’s doing in the secondary market.) Do what you have to do to get one. (19/20) 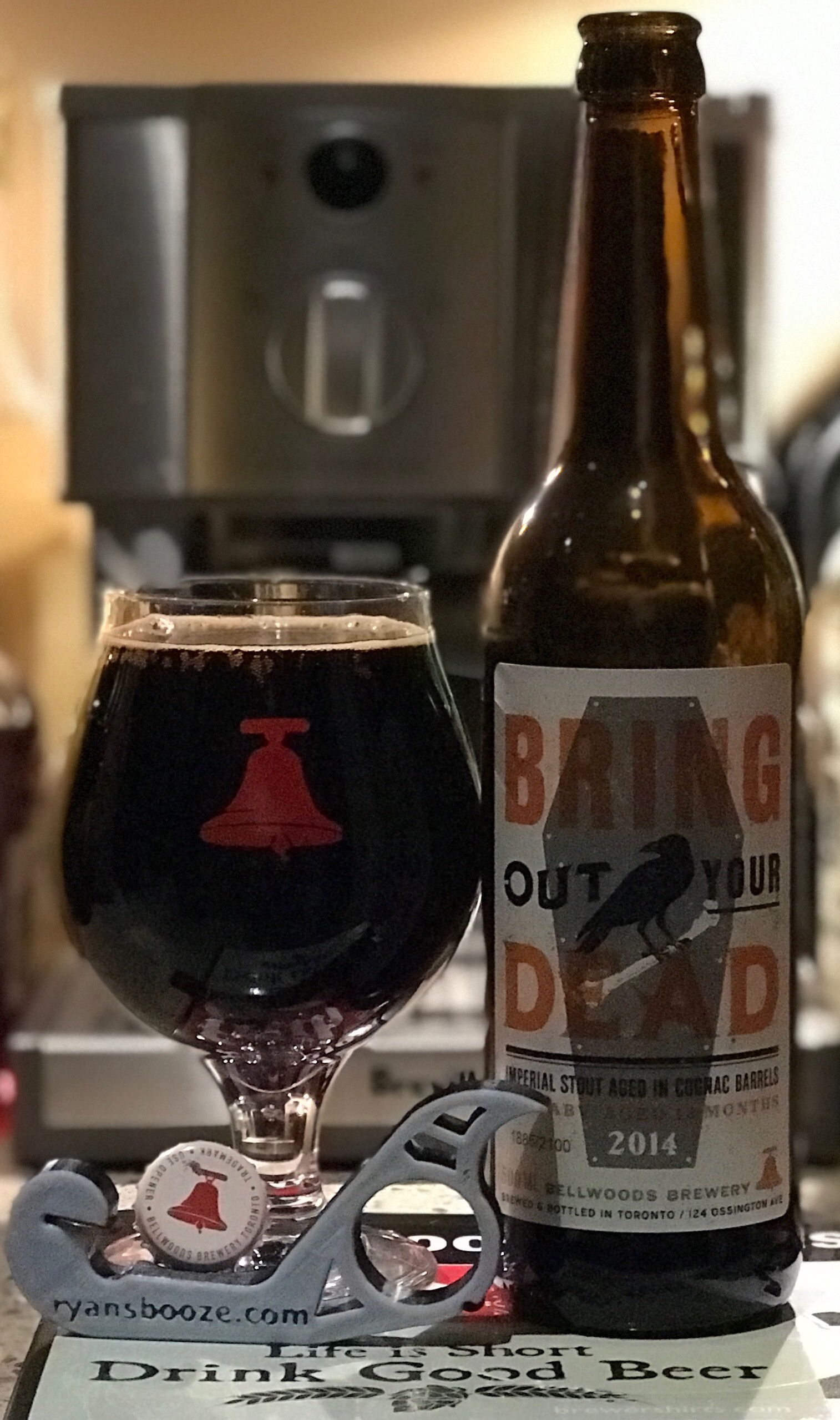 I’m a little on the fence on this one: yes, it’s raspberry, and yes, the raspberry tastes authentic. Full marks there. And it’s backed up by dark chocolate and more than a hint of dark cherries (maybe Bing, instead of maraschino or Rainier) so no complaints there. But, overall, it just comes across as a little thin, and a little less rich than e.g. The Chocolate Manifesto. Or maybe that’s the nearly 3% lower ABV? In any case, decent but not my favourite by them. (15/20) 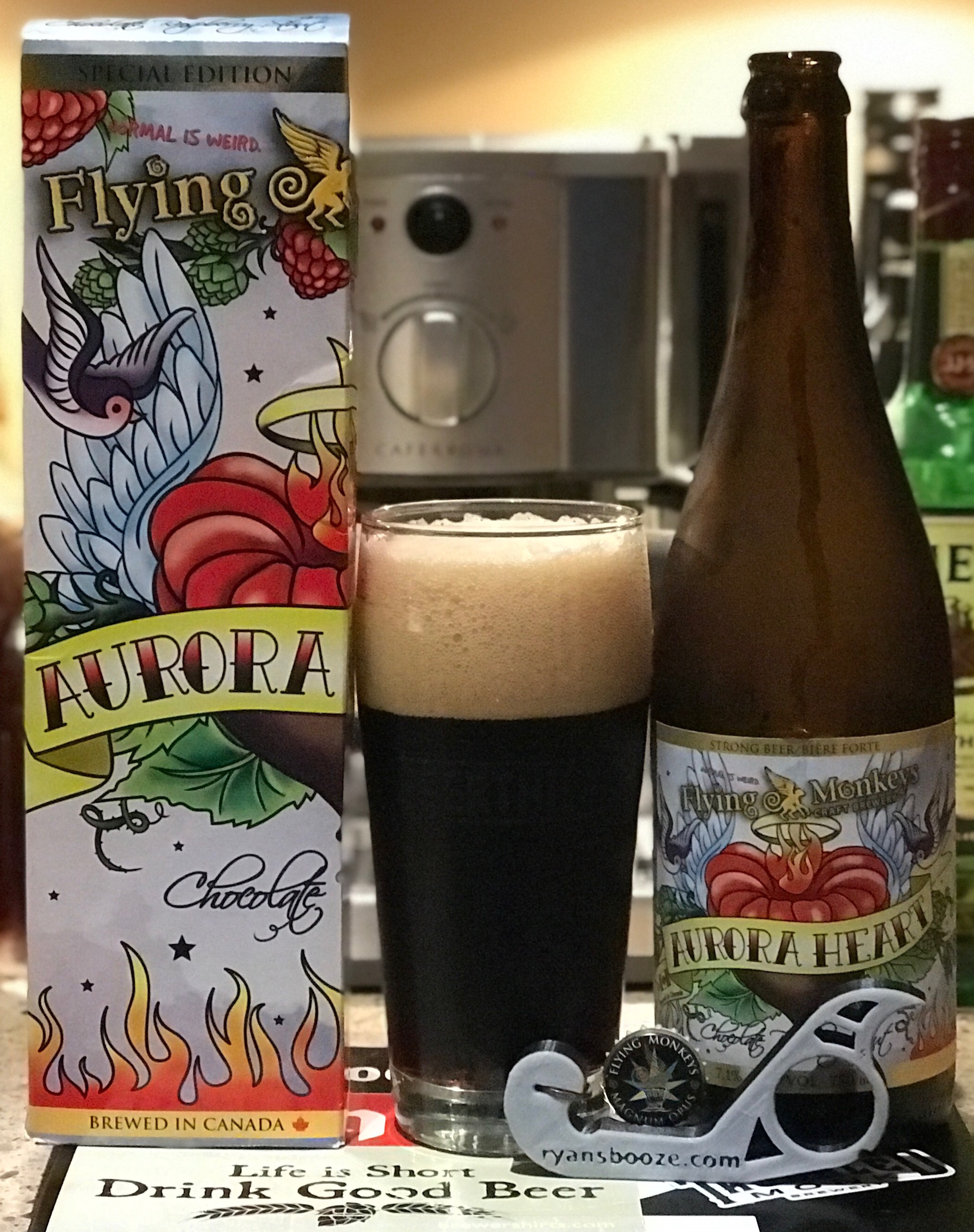 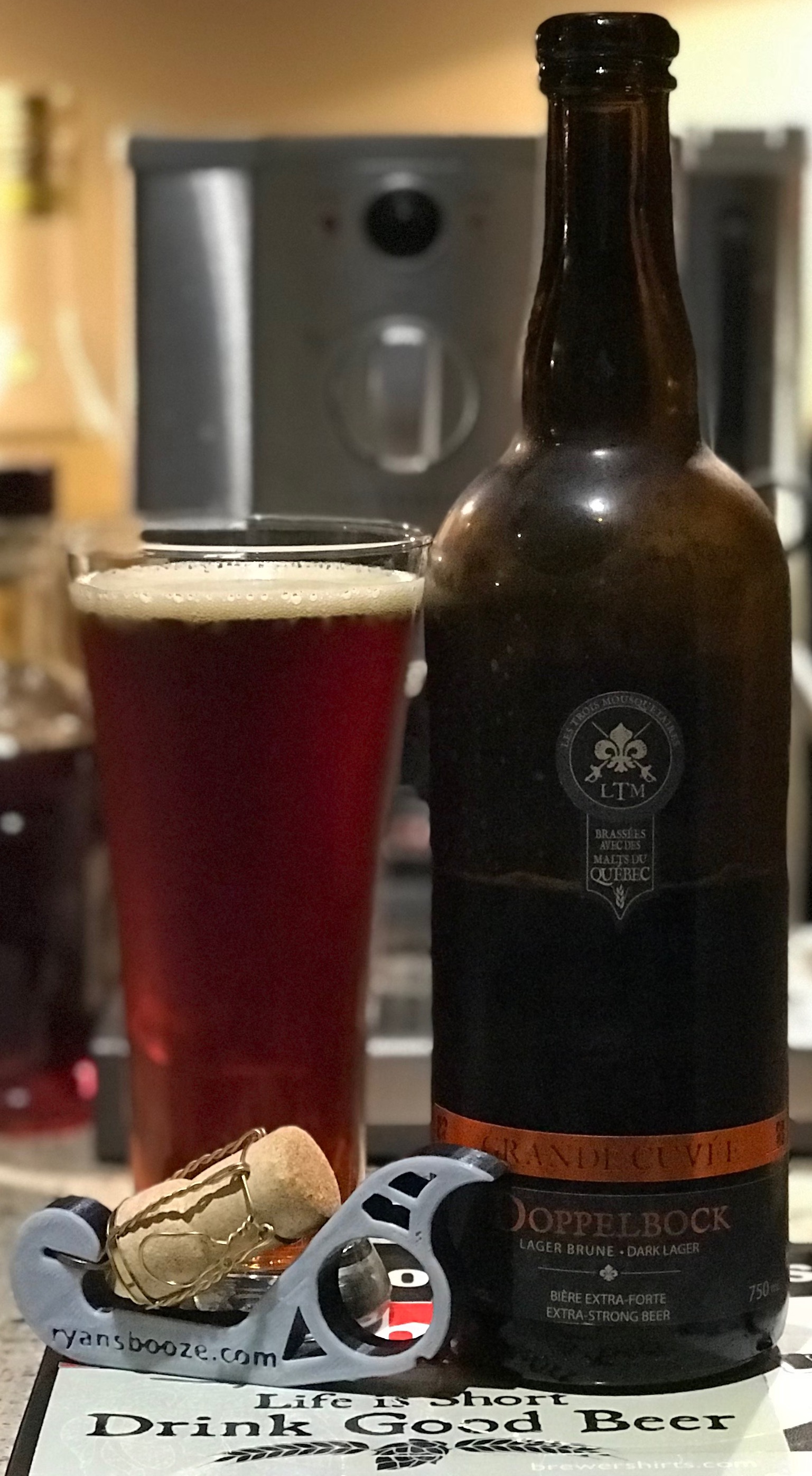 So, if I’m reading the label correctly, this is 85% their Dubbel that I just tried (and gave a 6/10) and 15% their Aged Pale that I tried a couple of years ago (and gave an 8/10). Not quite sure what volume the cherries comprise, but they utterly dominate the aroma and flavour (and appearance, I guess, since it’s a deep ruby red). Unfortunately, although they don’t necessarily come across as artificial, the combination of cherries, sweetness, and alcohol warming tends to suggest “cough syrup” to me. That being said, it’s better than the Dubbel, though not as good as the Aged Pale. (13/20) 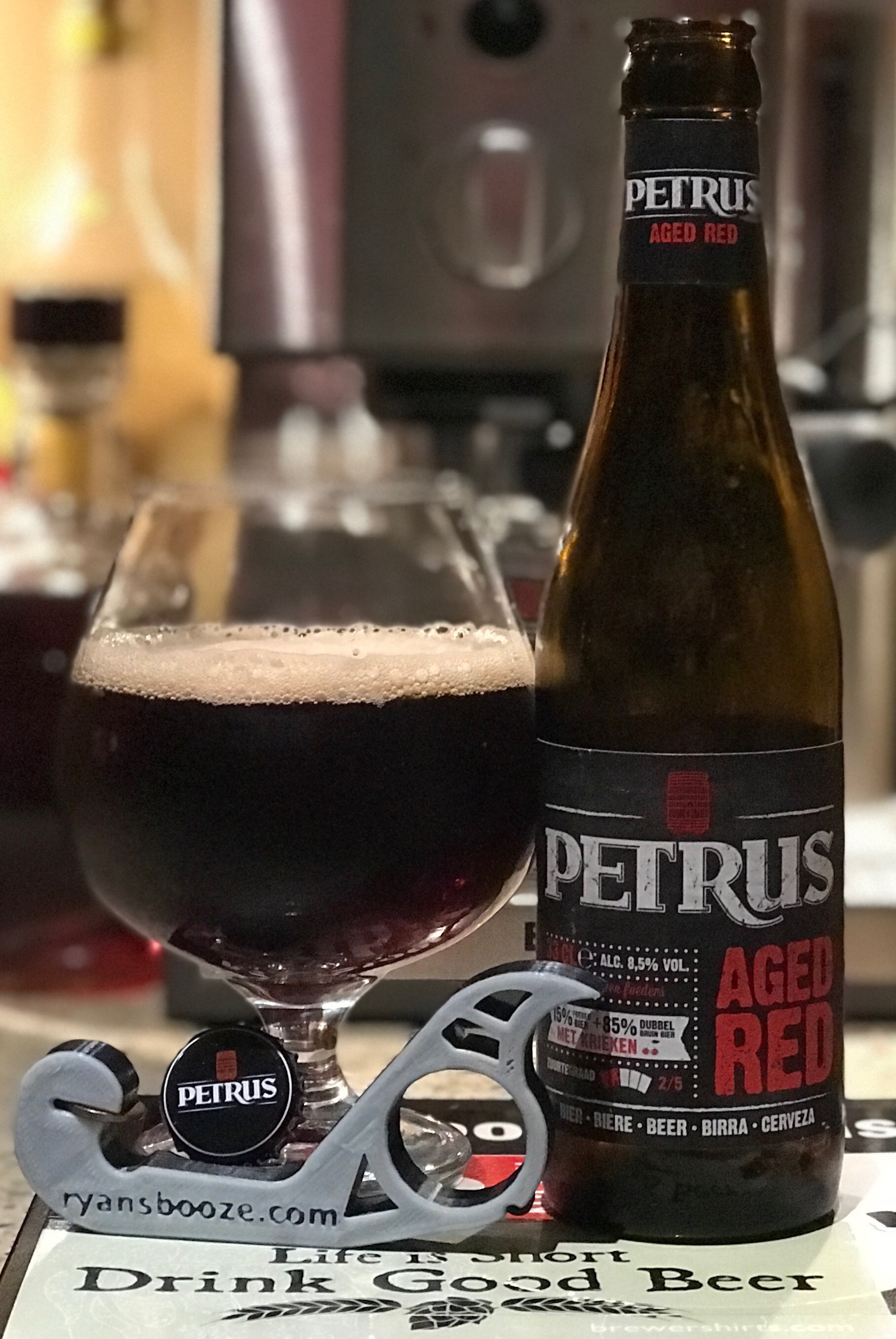 I’m not feeling this one. A thinnish, sweetish Dubbel, with a hint of solvent on the nose initially. Even as it warms, the aromas and flavours don’t really open up. The tartness in the finish doesn’t really feel intentional, and actually ends up slightly astringent. (12/20) 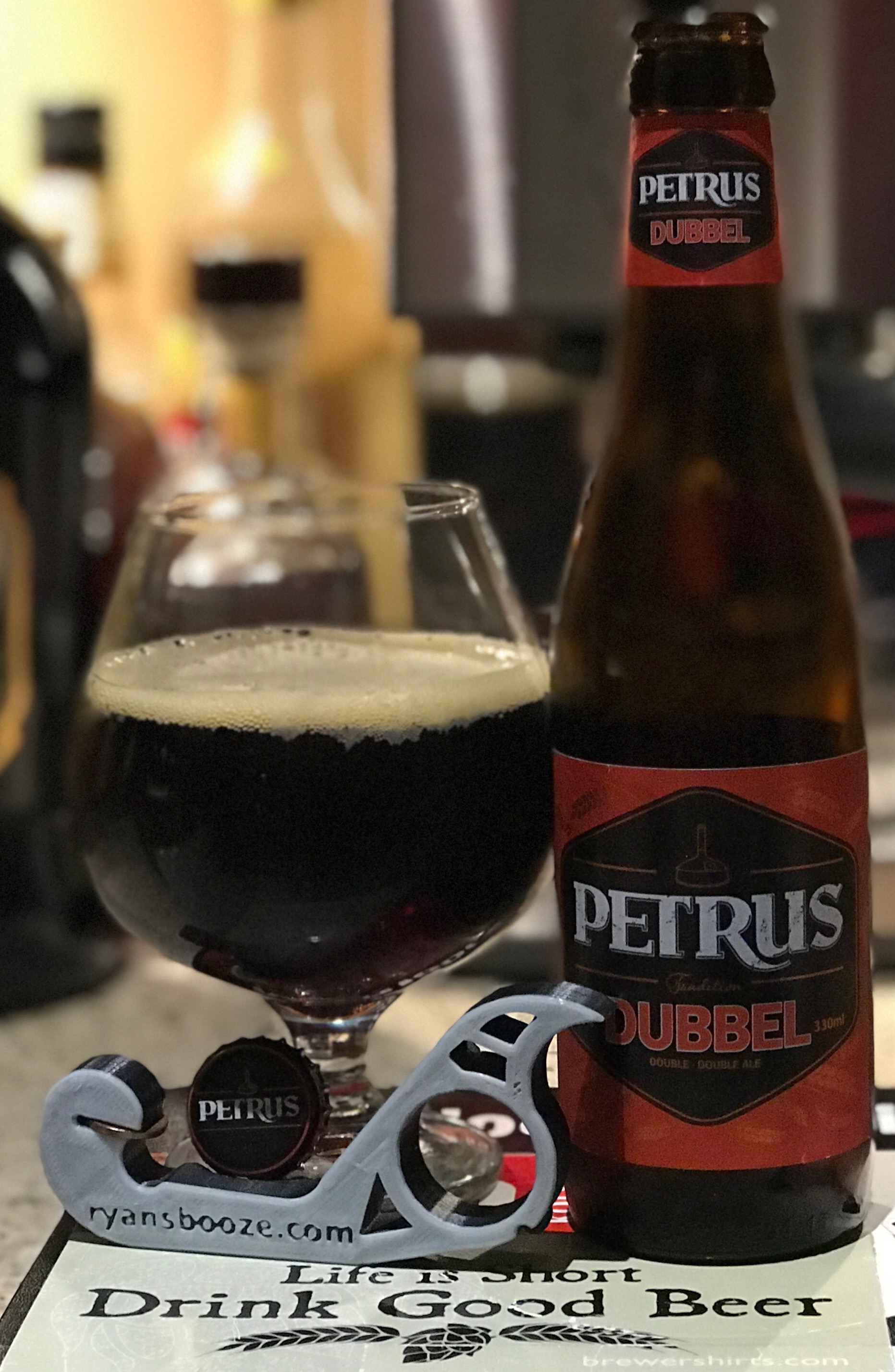 Fairly unidimensional, if we’re honest, and the sweetness does get to be a bit much after a while, especially as it warms. But for all that, I must admit a certain weakness for raspberry beers, and despite the excessive sweetness, the raspberry really does smell and taste like real berries. (13/20) 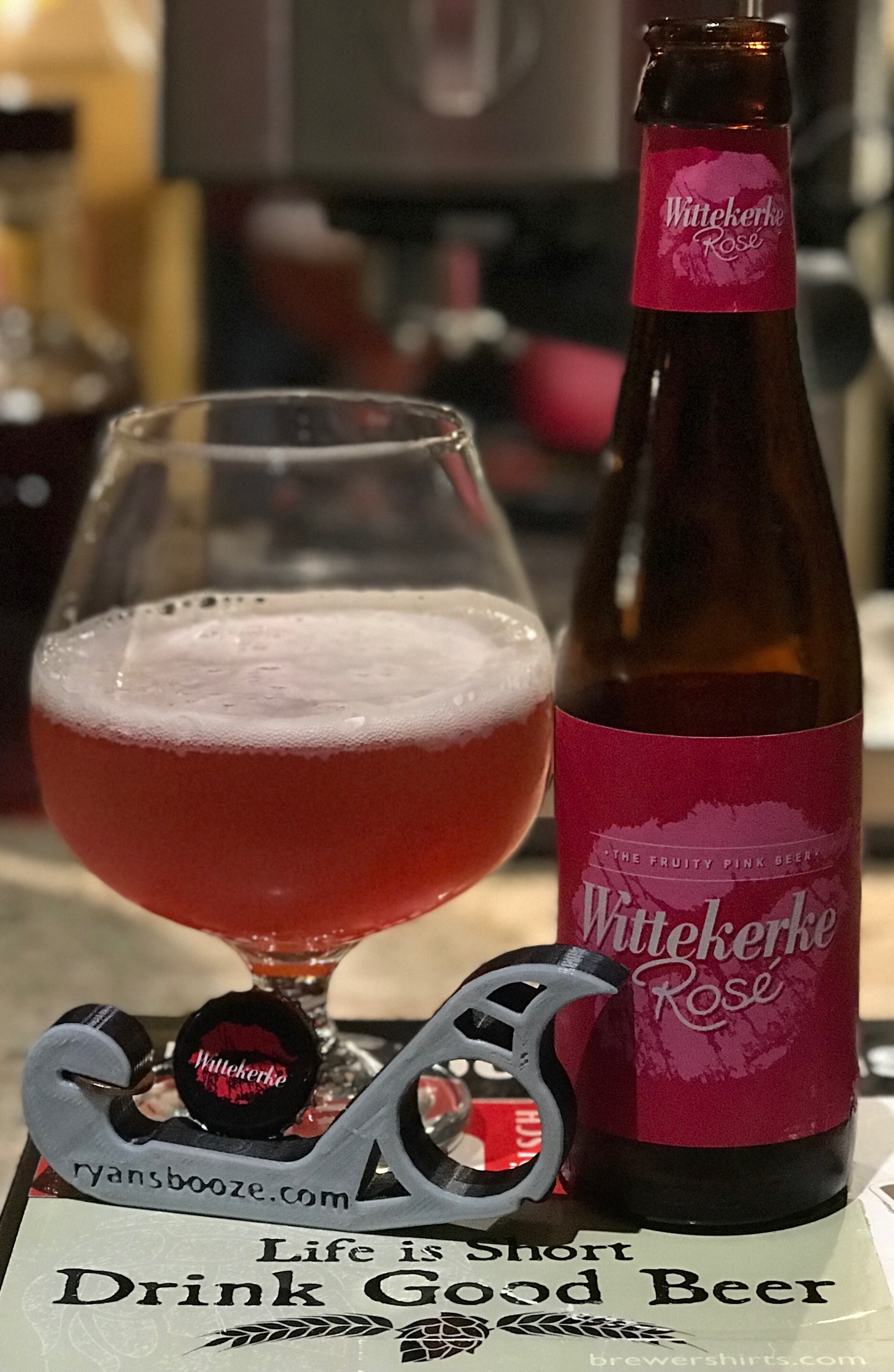 Works for me! In fact, I think I like it better than the other “Drink’In Berliner” I tried, the Hop On, not just because it’s not sweet like that one was, but also because the citrus (yuzu, I guess) in this one works really well. (I don’t think the similarly named Drink’in the Sun is really a comparison here, because that one was a wheat.) It’s similar to lime or lemon, but with a floral character. Nice. (15/20) 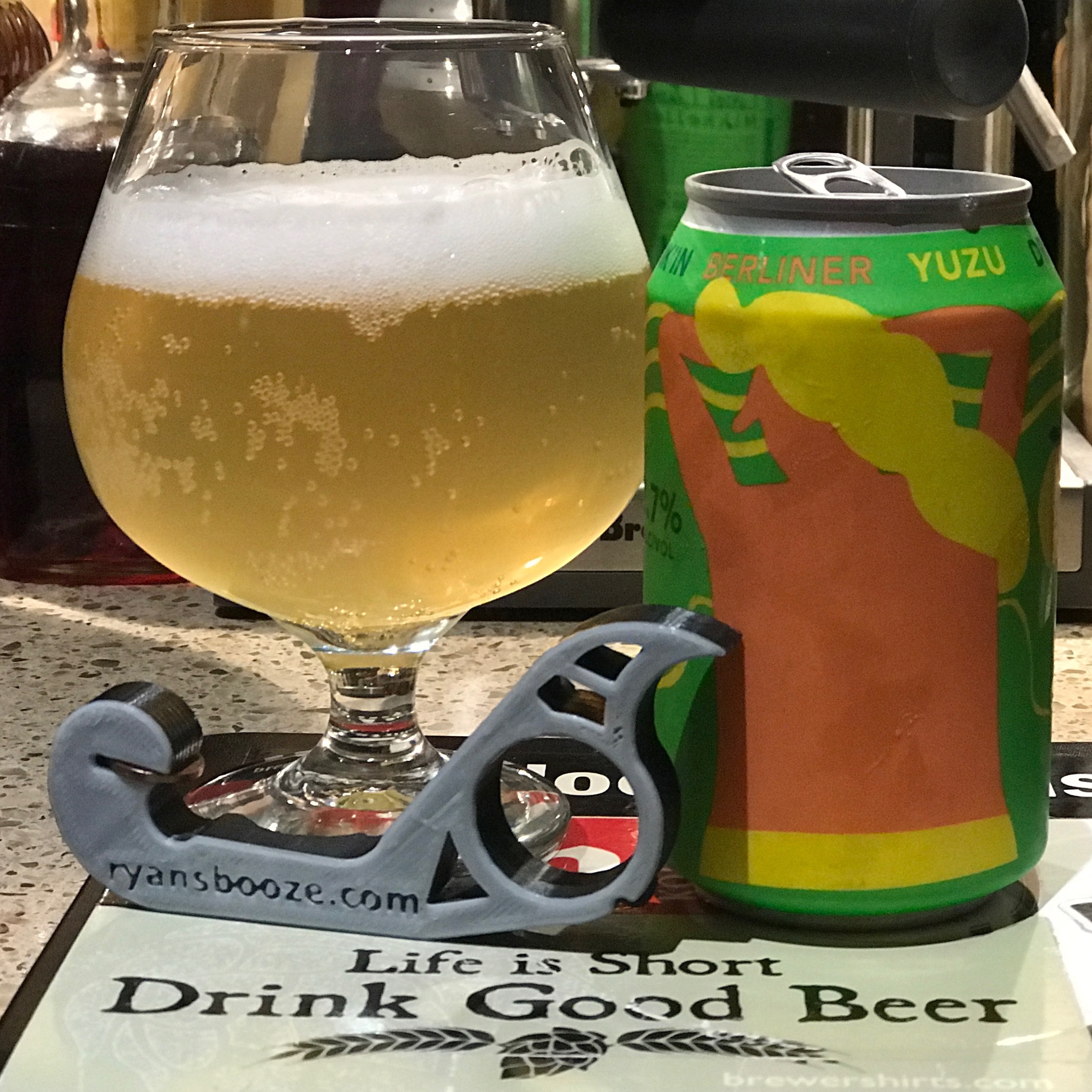 An NE-style juice bomb. I’m detecting somewhat low carbonation, likely due to this being a tap filled crowler. Other than that, a very respectable offering from an extremely new local brewery who is impressing me: I rated their first two offerings (Multiverse and Dystopia) at 7.5/10, but this is slightly better, even given the too-low carbonation. So, just for the record: they started off on the high end of “good” with their first two brews, and by the time they got to their fourth brew, they had crossed my personal bar for “world-class”. I don’t mind saying, I’m pretty jacked to see what they’re going to do next. (16/20) 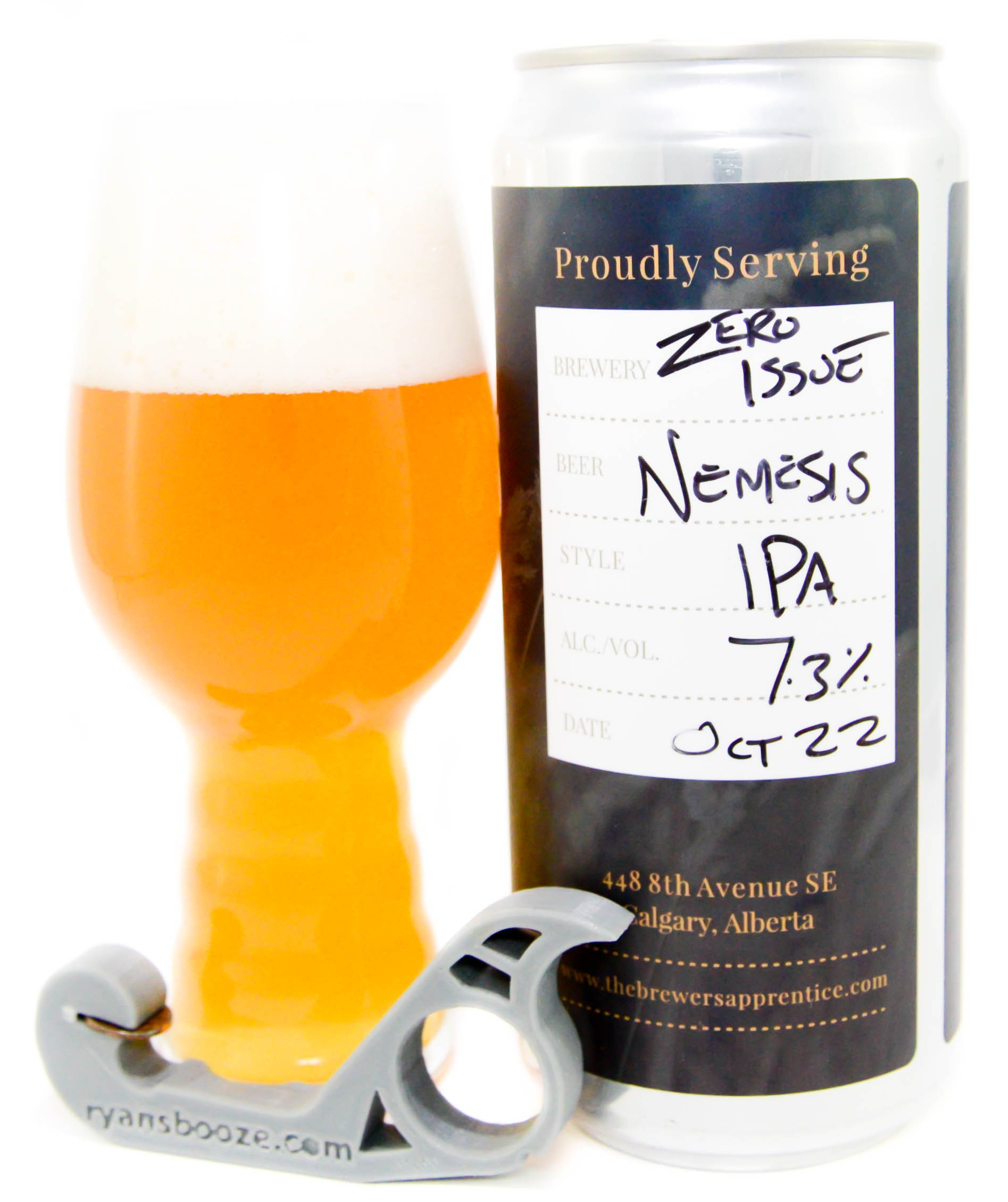 I’m finding this just very slightly too sweet on the front end, and wonder whether that’s at least partly due to the slightly low carbonation, which might in turn be due to this being a crowler that was tap filled 24 hours ago.  Other than that, though, this is quite good, with a pleasantly citrus and pine hoppiness on the front end, and a big citrus oil bitter on the back end. Seems a shame to dock it for the effects of what was in my opinion a too-fast crowler fill, so I’m not marking it down for too-low carbonation, but that flavour hit is unavoidable. (16/20) 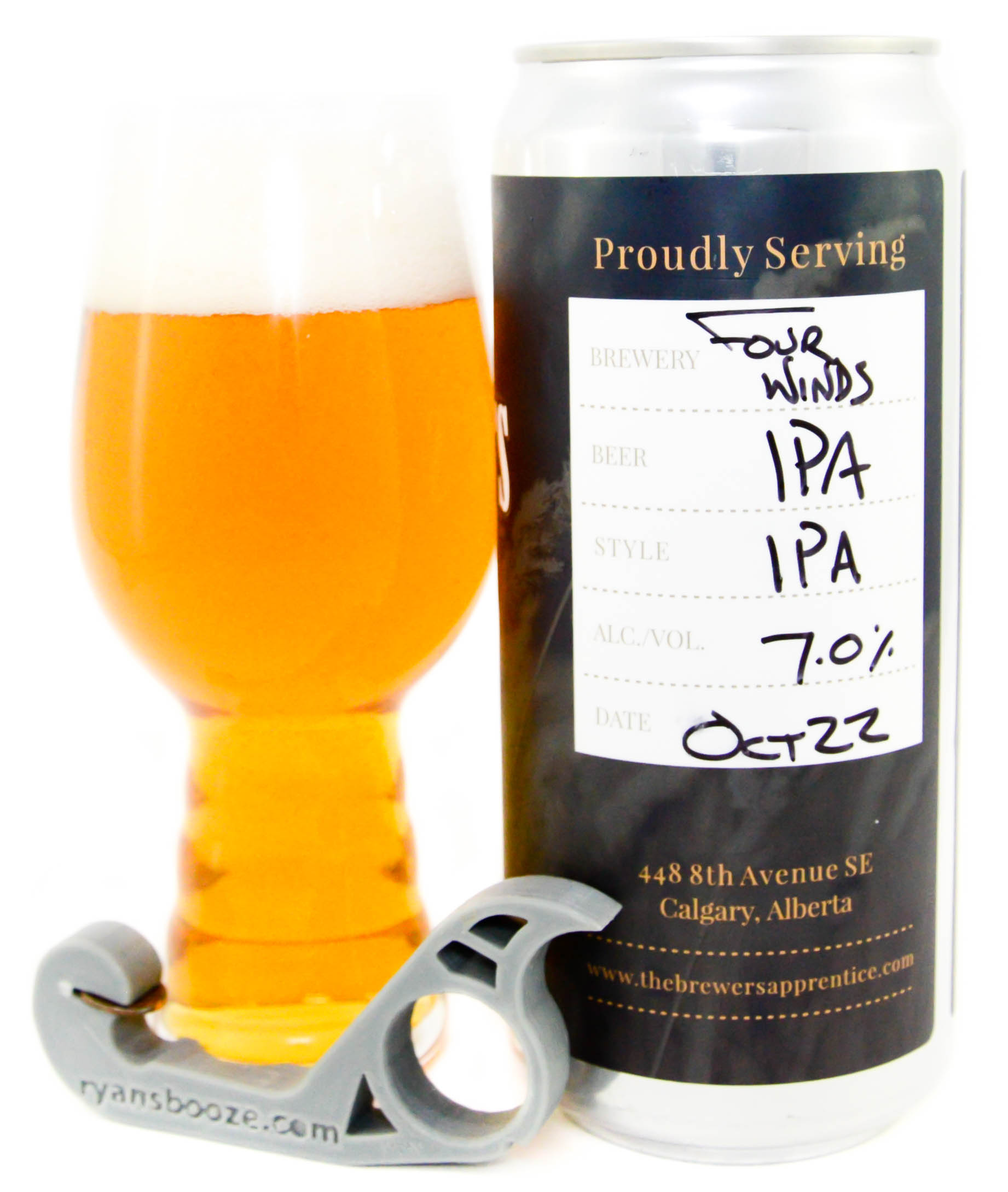 Butt ugly, but not bad overall. Not much more to say than that: I love Brett, and given the chance, I’d’ve let this age for a while to let the Brett really dig in and establish, but crowlers can’t age, so: ugly, lightly Brett-y, lightly funky. The supposed “truckload” of ANZAC hops don’t really dominate, although I do get a little white grape towards the end. (And I’m a serious fan of ANZAC hops, so you can colour me more than a little disappointed there.) (12/20) 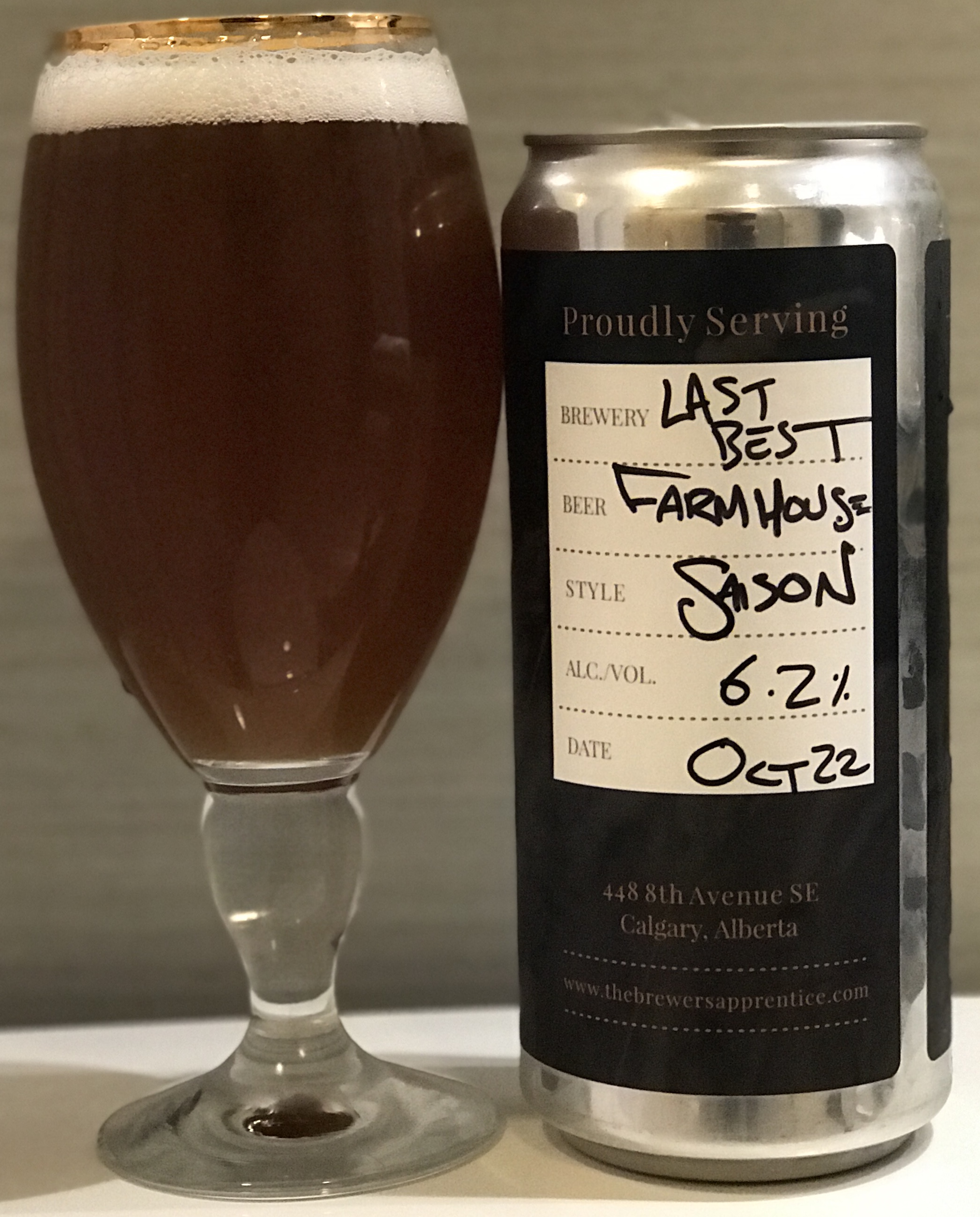