Nice: easy drinking and refreshing. I bought this at their outlet store on Saturday, and they told me it had been canned about 3 days previously, so this is about as fresh as it comes. The bitterness tends slightly high for the NE/IPA style, perhaps, but isn’t out of spec for A/IPA’s in general, and is even-handed and well done. It certainly went down extremely easily after a day working construction! (16/20) 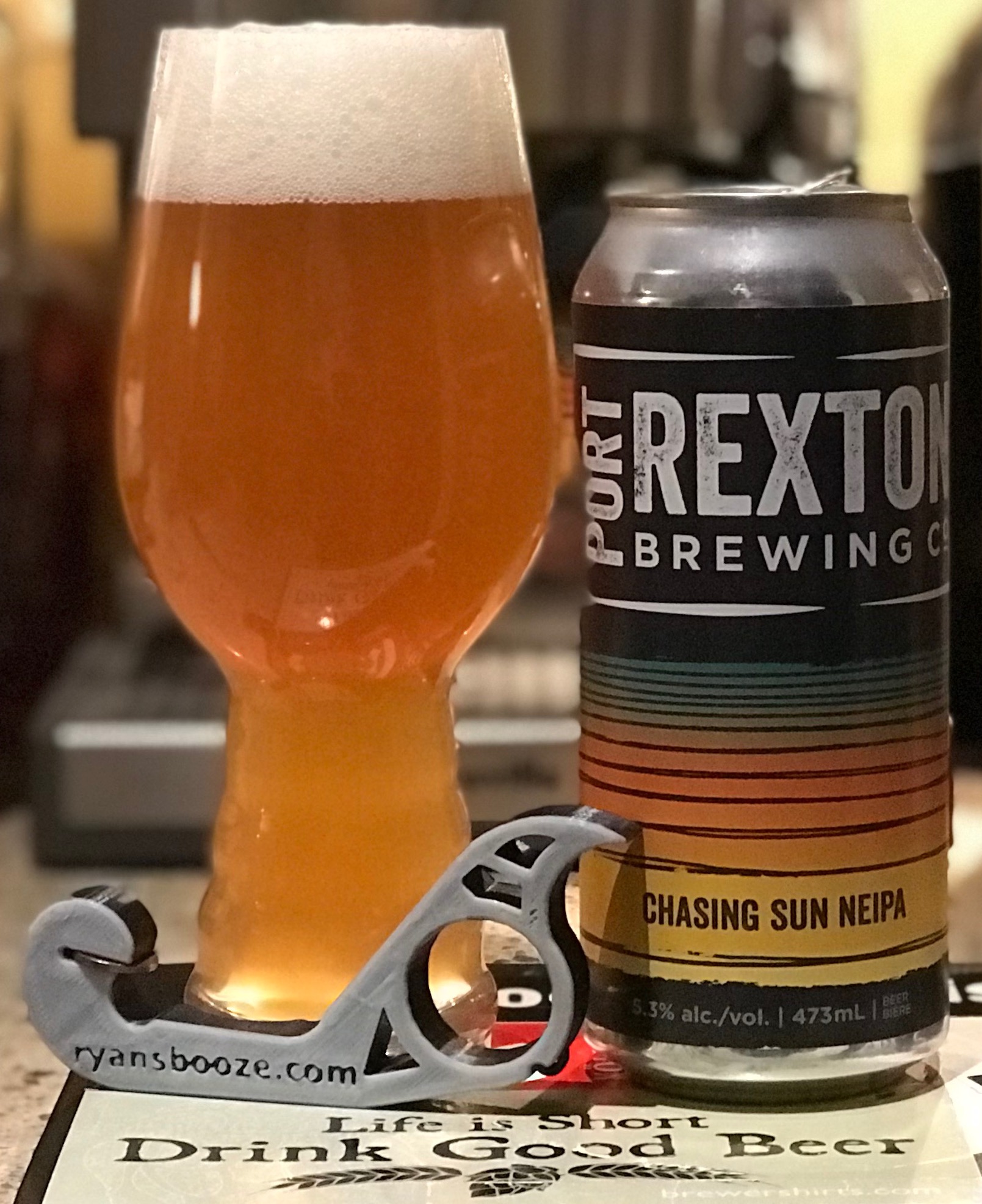 I’m finding it very difficult to parse out the flavours here, not least because my teenaged son was just in the room, and I swear I can still taste the Axe body spray. That aside, this is a very well-implemented Flanders Red, with a smooth and easy drinking tartness on the tongue despite the slightly more aggressive tart character on the nose. (16/20) 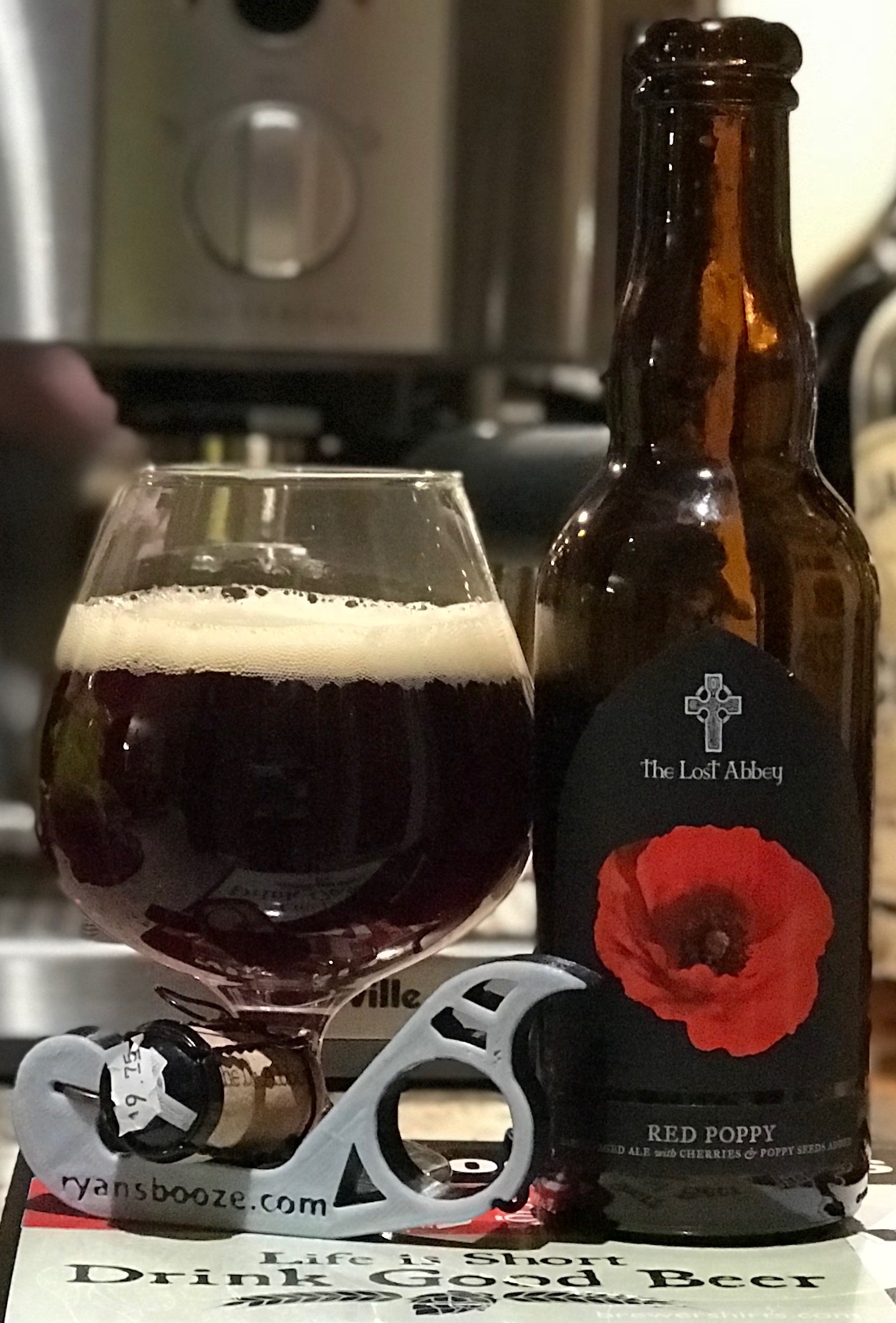 It’s beers like this that are turning me off Bruery. Not that it isn’t good, because it is, but because it’s not good enough to maintain my interest in their continuing onslaught of large numbers of high-priced beers. If they were, say, half the price, I’d probably routinely buy everything they made, but as it is I find myself wondering which ones to bother with – and then wondering why I bother at all. Refreshing, though. (16/20) 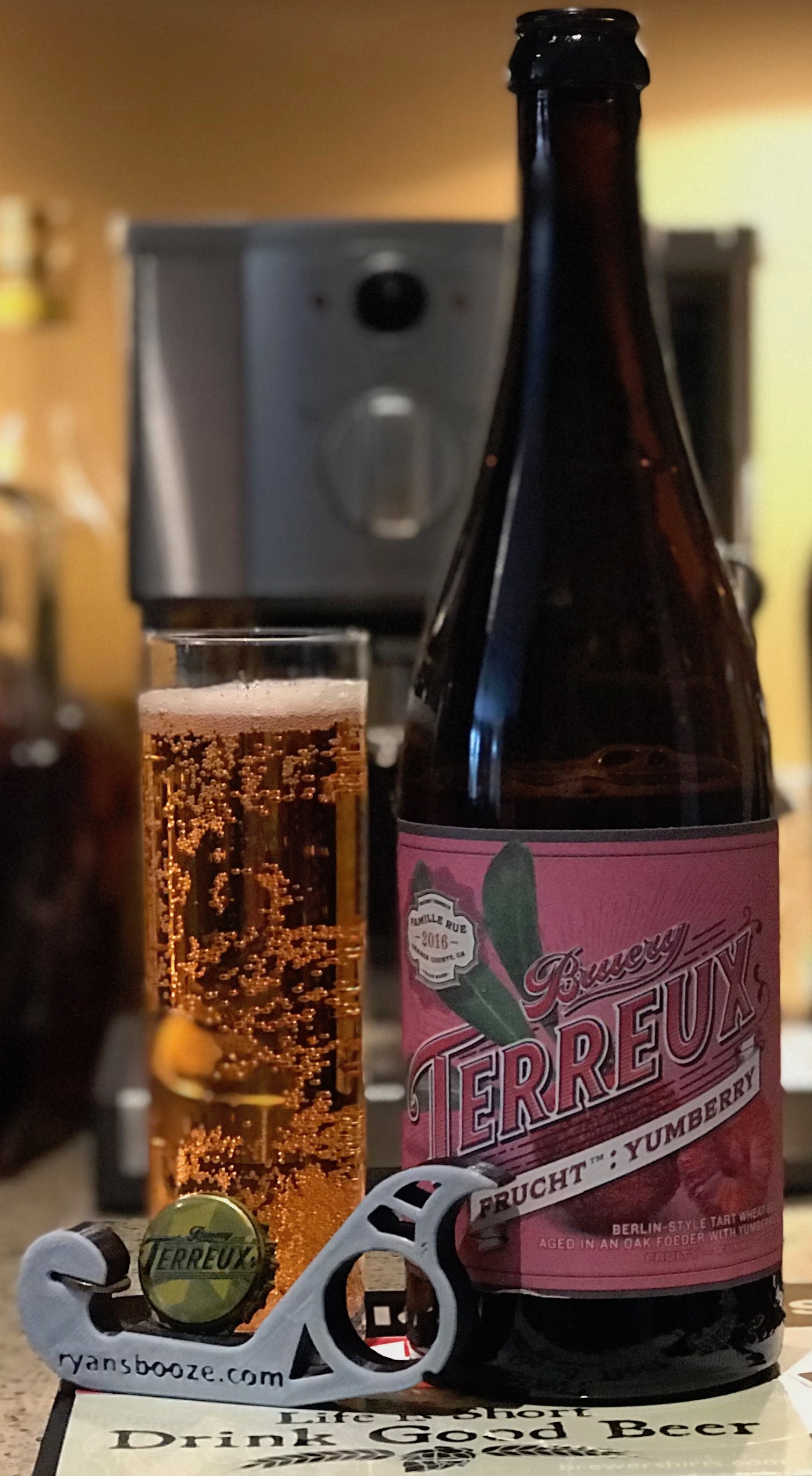 I gotta say, that is one helluva beer – very similar to Arrogant Bastard, actually. This vintage is a couplethree years old, and it’s cellared very well indeed, with very little edge or harshness associated with either its very high ABV or its high IBU. It drinks very easily, with both the alcohol burn and the bitter bite well in the back end of the finish. Moreover, as the pint progresses, the alcohol warming tempers both, making it even more pleasant. Big without being overwhelming, and even-handed despite being heavy. Well done indeed. (17/20) 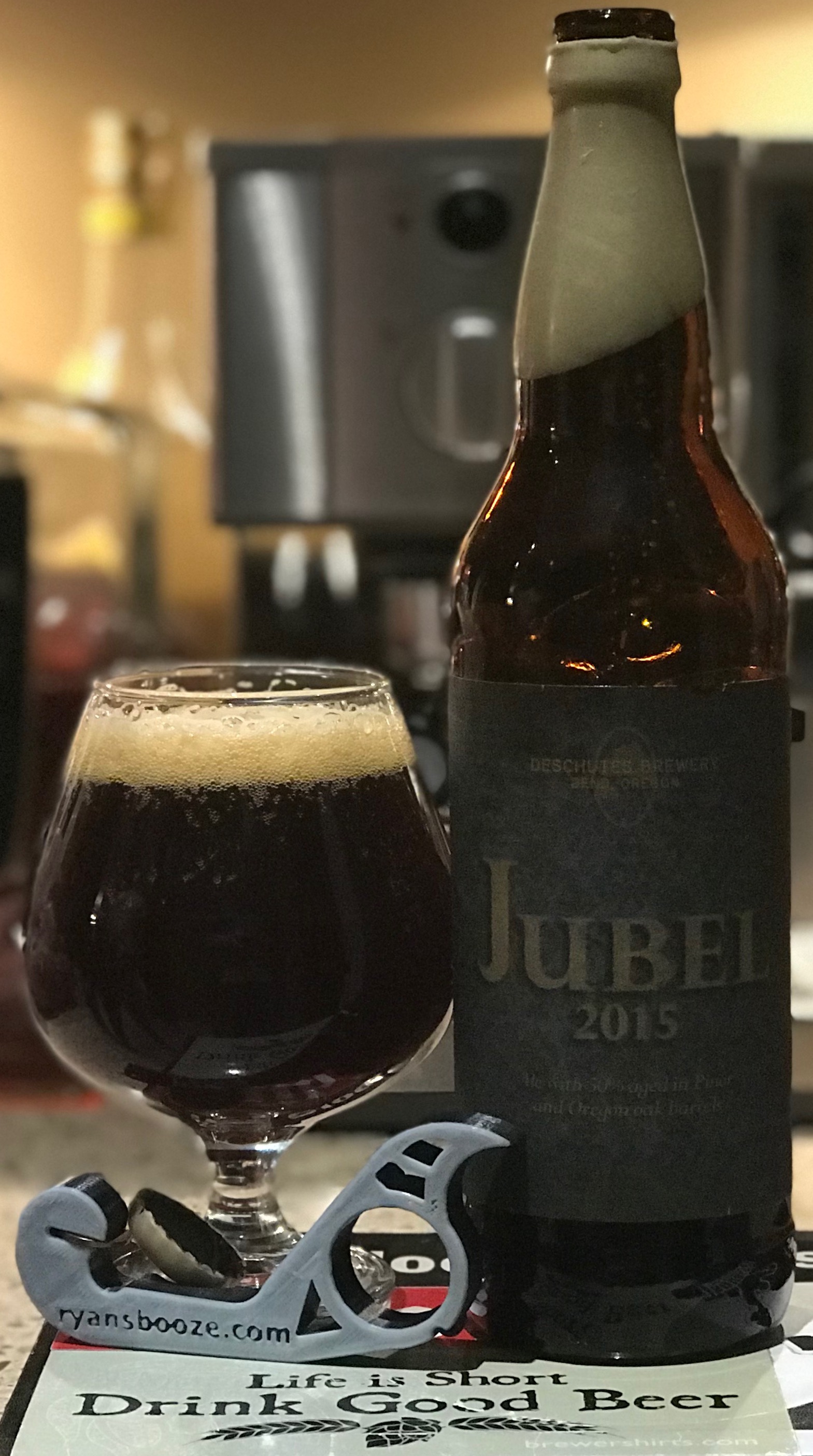 I wasn’t really clear what “Crime” referred to (hadn’t even thought about it, actually) until I opened this and smelled it. Then I realized that it was Arrogant Bastard, but with a twist, making the nature of the crime obvious: they adulterated Arrogant Bastard. Only then did I read the bottle notes, which confirmed that. (It’s a blend of Arrogant Bastard, Double Bastard, and Oaked Arrogant Bastard, aged in bourbon barrels, with peppers added.) I’m on the fence as to the effect of two years’ ageing: the base beer(s) don’t have an emphatic hop character to start with (at least not on the nose) and I’m not convinced the pepper burn is going fade completely no matter how long you age. So, we’re left with perhaps slightly less aroma of peppers? In any case, the trifecta of booze, bitter, and spice might well make this a problem beer for some folks. I, on the other hand, as an inveterate boozer, major hop head, and hot sauce junkie, am pretty much in my element. The down side is the same as that of the Bourbon Barrel-Aged Arrogant Bastard, for exactly the same reason and magnified by the chilli presence: the bourbon barrel and peppers completely blow out the more subtle flavours of Arrogant Bastard. (Yes, it does so have subtle flavours!) I’m getting little citrus, and no vanilla or rye. Doesn’t render this undrinkable, by any means, and if it were cheaper and more readily available, it could easily be a go-to for me. (16/20) 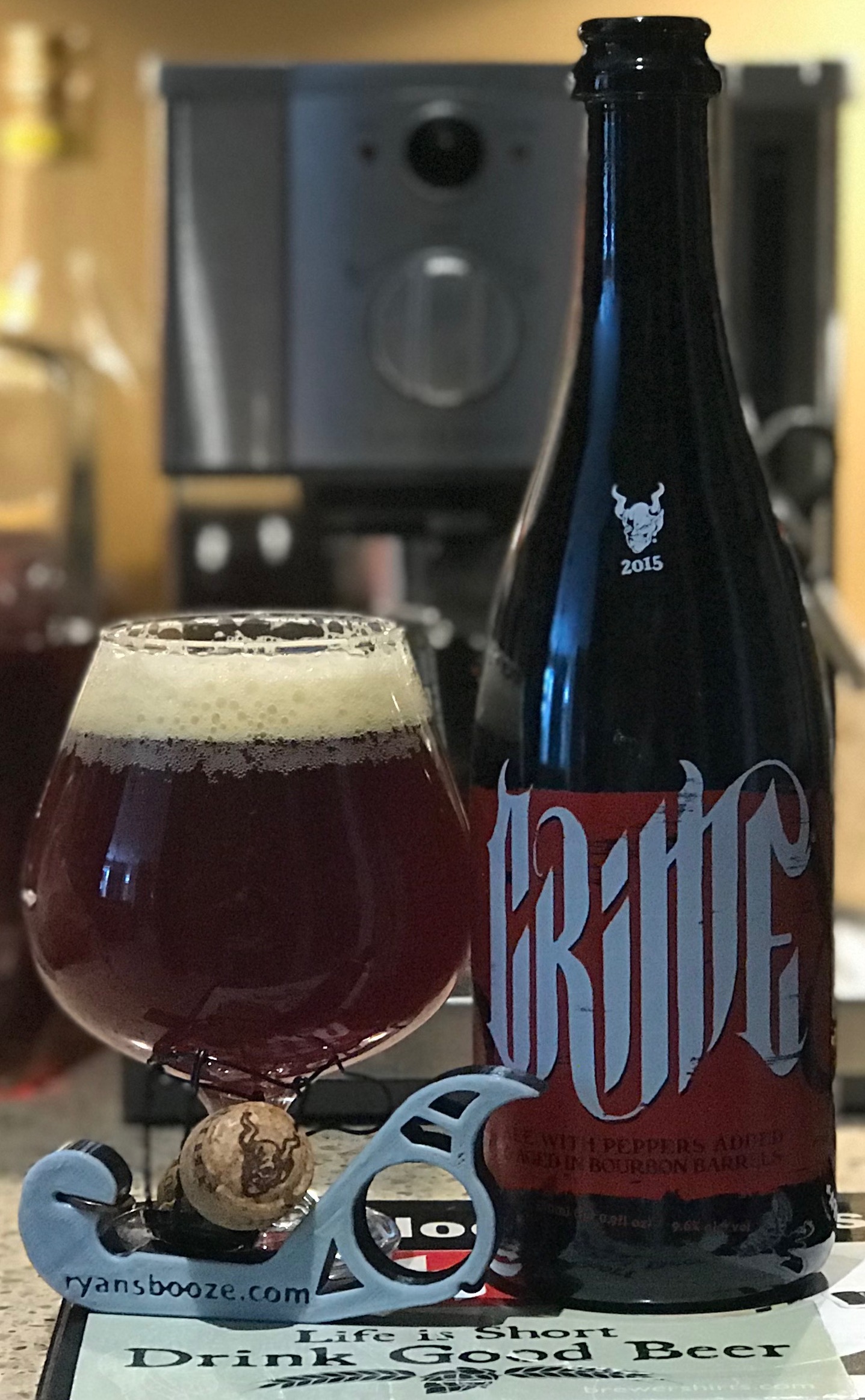 I’m not at all sure I’d’ve identified this as a Kriek in a blind tasting – more likely, I would have gone with a Flemish Red. (Excepting, of course, the very high ABV, which is really appropriate for neither a Kriek nor a Flemish Red.) Then again, I’m not one to complain about a high ABV, and it is decently well integrated. Not unpleasant, by any means, but lacking the emphatic fruitiness and delicacy of style I associated with true Lambic Krieks. (14/20) 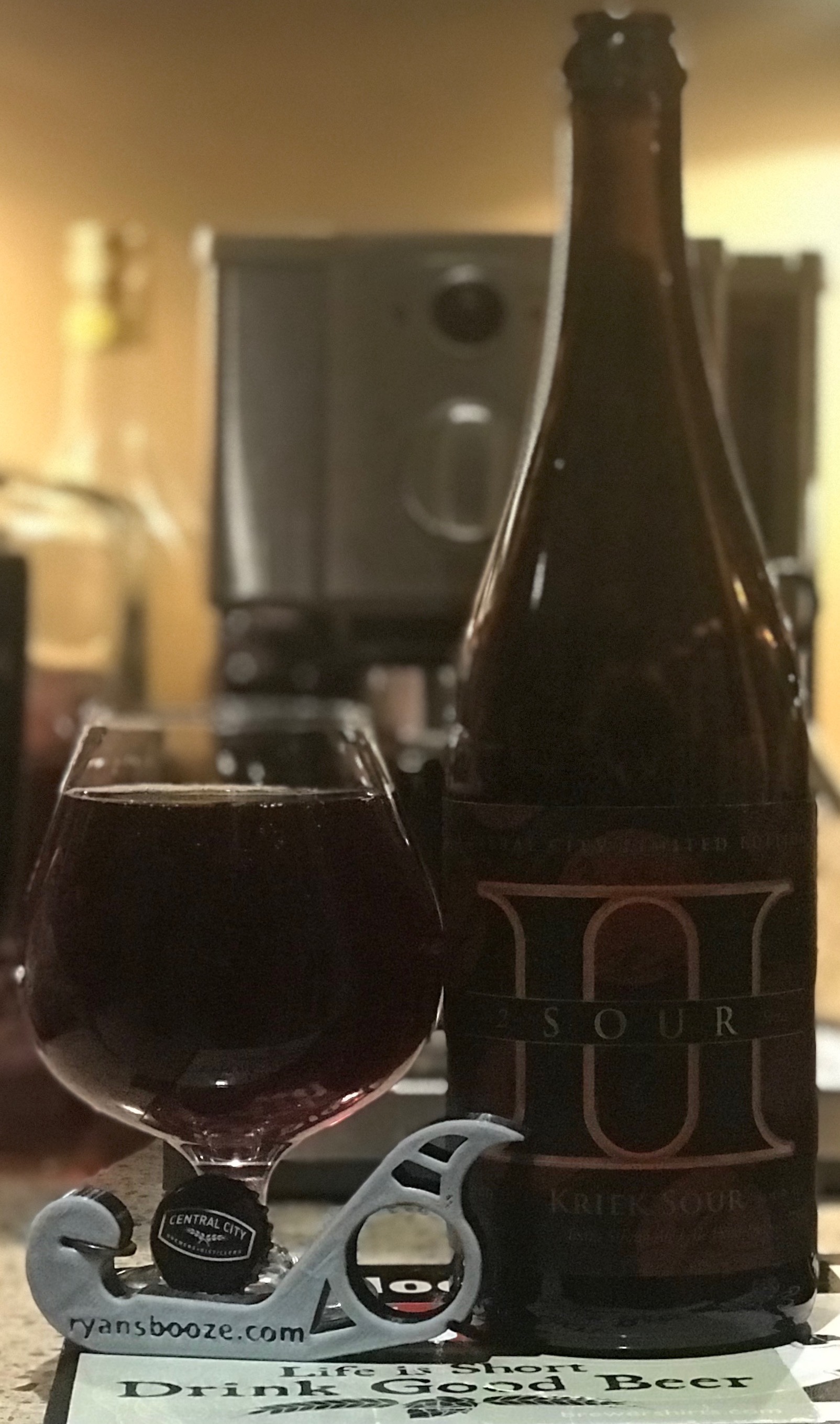 Can’t say there’s a lot of chestnut character here, nor are the spices particularly emphatic. The fact that this is JP notwithstanding, given the name and the tag line (“Autumn Fire” and “Ale brewed with chestnuts & spices”) I was expecting something occupying a space somewhere between “pumpkin spice” and “chestnuts roasting on an open fire”. Instead, what I got was very much a (light, admittedly, yet decent) Flanders-style Brown/Red. As a Bière de Garde, it’s a bit of a “huh”? As a JP, it’s a bit more precisely what one might expect: a sour. Dunno that me cellaring it for a couple of years changed it, but in my defence, if it’s a “beer for keeping”, well, I done went and kept it, din’t I? Is it good? Sure. Great? Nah. (15/20) 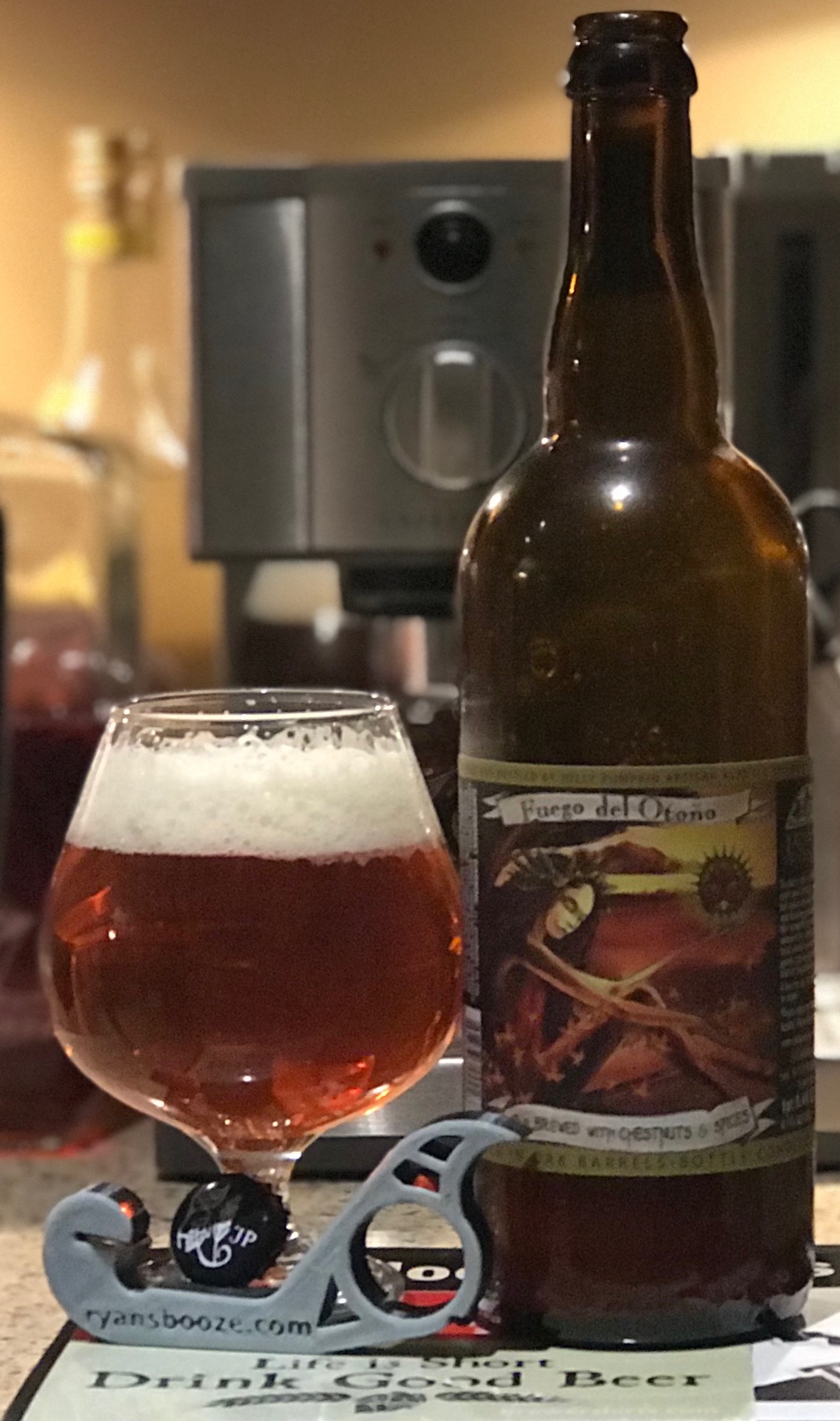 I’m pretty sure this is the first beer I’ve had that claims to be a D/NEIPA, which seems to me to be a style that is, if not actually intrinsically self-contradictory, at least fraught with difficulty. I mean, yes, I’ll give it hazy and juicy, sure. But it’s also obviously high gravity, verging on hot. (The combination of citrus and alcohol makes me think of a Screwdriver, actually.) More problematic, perhaps, it’s also got huge bitterness. Which is something I don’t object to in general, but it would seem to be somewhat out of spec for an NEIPA. But then again, it’s a double, so I’d expect a large, 90+ IBU rating to balance the 9.1% ABV (according to my rule which I’ve previously elucidated). I once had a (philosophy) professor hand me back a major assignment and say “I didn’t know whether to give you an A+ for the quality of the work, or an F for your use of class content, so I split the difference and gave you a B-. I recommend you don’t appeal it.” (I quoted Metallica lyrics and hadn’t actually gone to class, so…) That’s kind of how I feel about this beer: it might be an A+ overall, or arguably more like a C for adherence to style. Either way, it’s a lot of fun, and better than their APA’s, A/IPA’s, S/IPA, or Saison I’ve previously tried. (15/20) 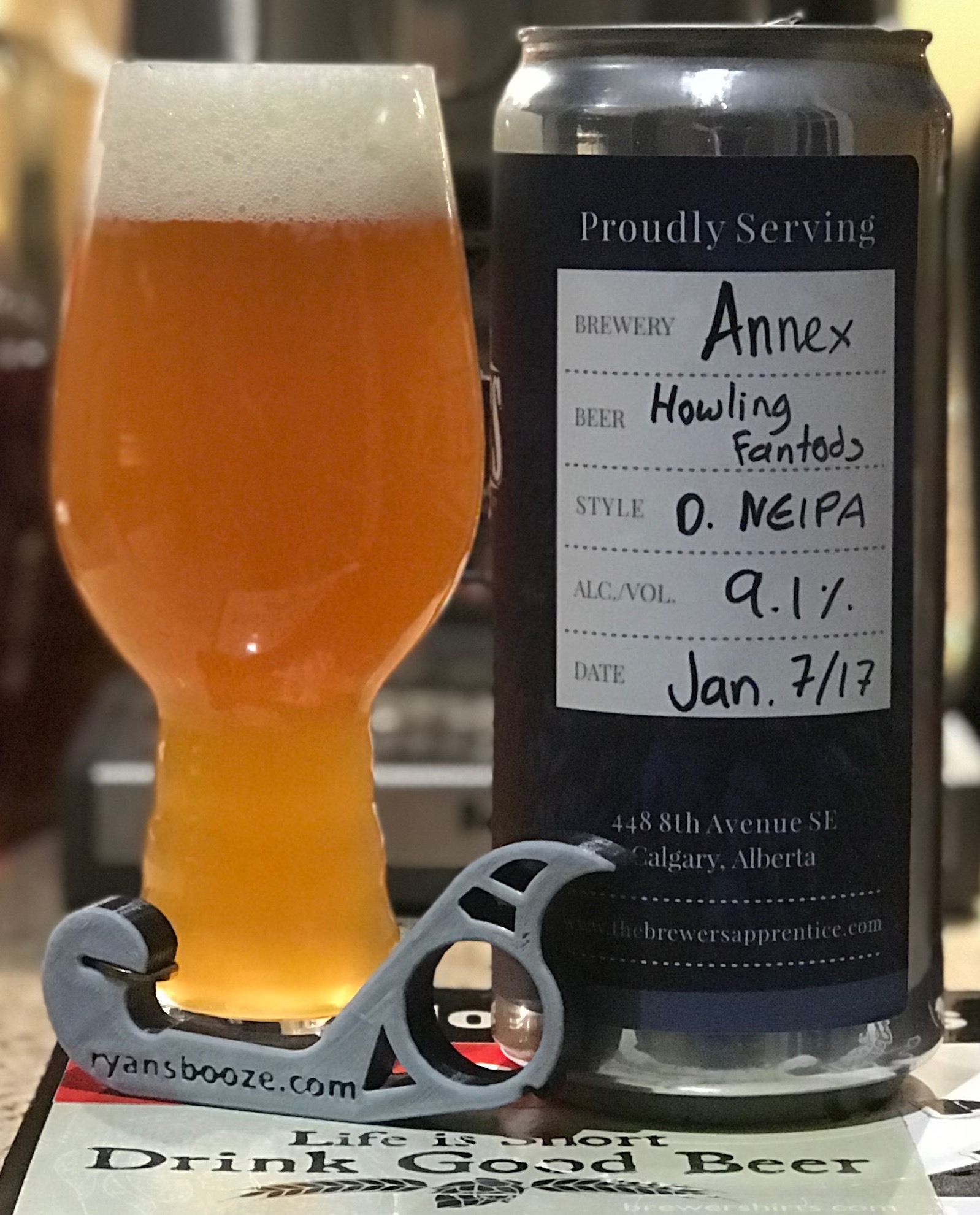 Modern Times is one of those very few breweries who seem worthy of the hype. Generally speaking, very little of theirs has disappointed me. And neither does this, precisely – though it’s certainly at the lower end of the range I’ve come to expect from them. There’s nothing wrong with it, as such, but it’s a very utilitarian-tending A/IPA that doesn’t really shine. Now, one might argue that at least some of that might be due to it being a week-old crowler, that’s been at 35,000 feet, but that seems unlikely. There was still good carbonation when I cracked it, the head retention was good, and I can’t see a bottle shop’s keg being left on long enough to allow the hops to fade. (In fact, I waffled a little on a couple of scores, and could have gone half a point lower, but felt I’d give the benefit of the doubt just because of those possibilities.) I’m satisfied that this is representative of a beer that is good, and quite easy-drinking, but not at the top of the range for this brewery. (15/20) 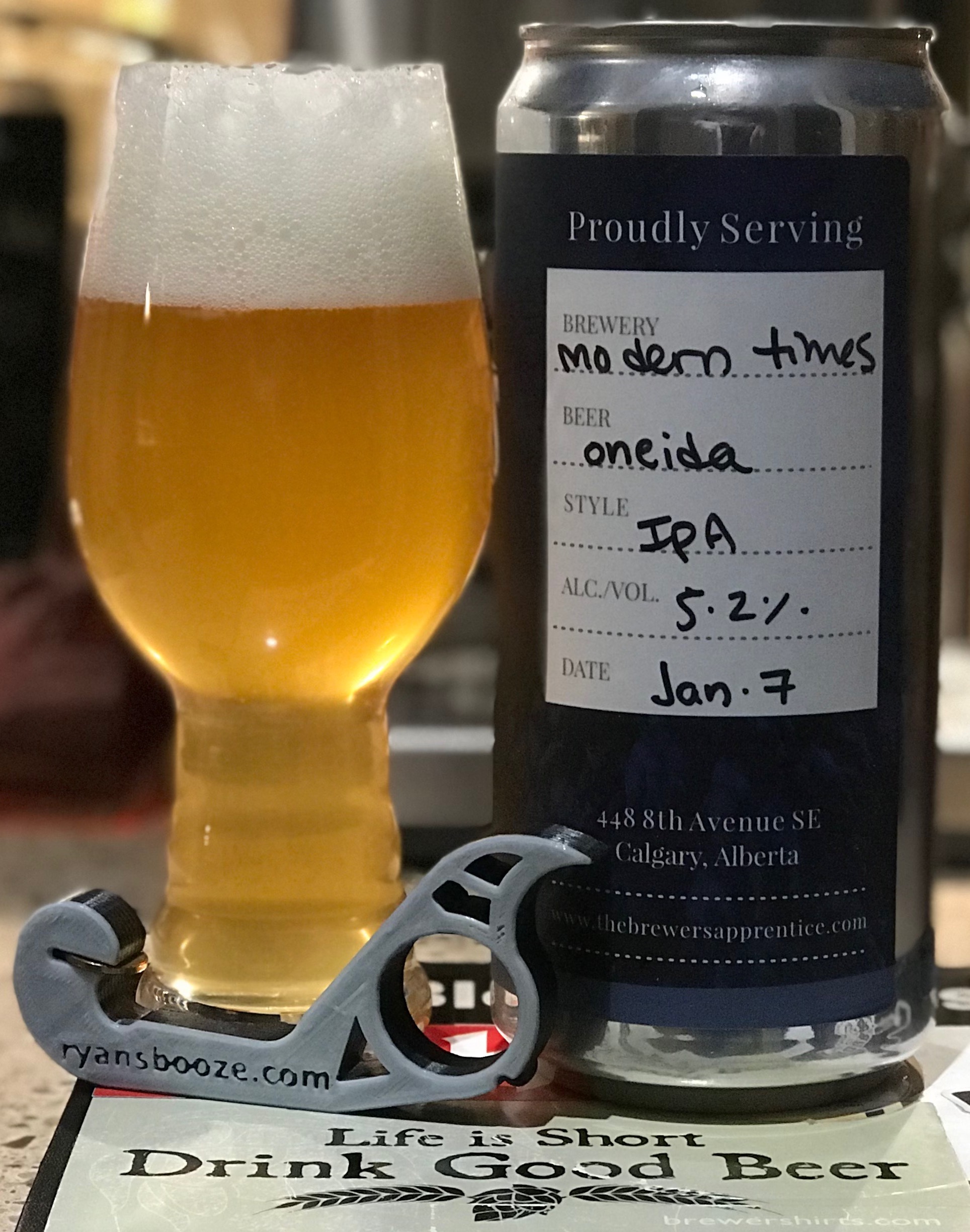 That’s one heckuva Saison – a nicely balanced combination of tart fruit and funk, with a nice dry finish. Right up there with the best by this brewery, and that’s saying something. (Yes, I realize it’s only 10 days into the new year and I’ve probably just rated the worst and best of the entire year, back to back. Might as well quit now, I suppose…) (18/20) 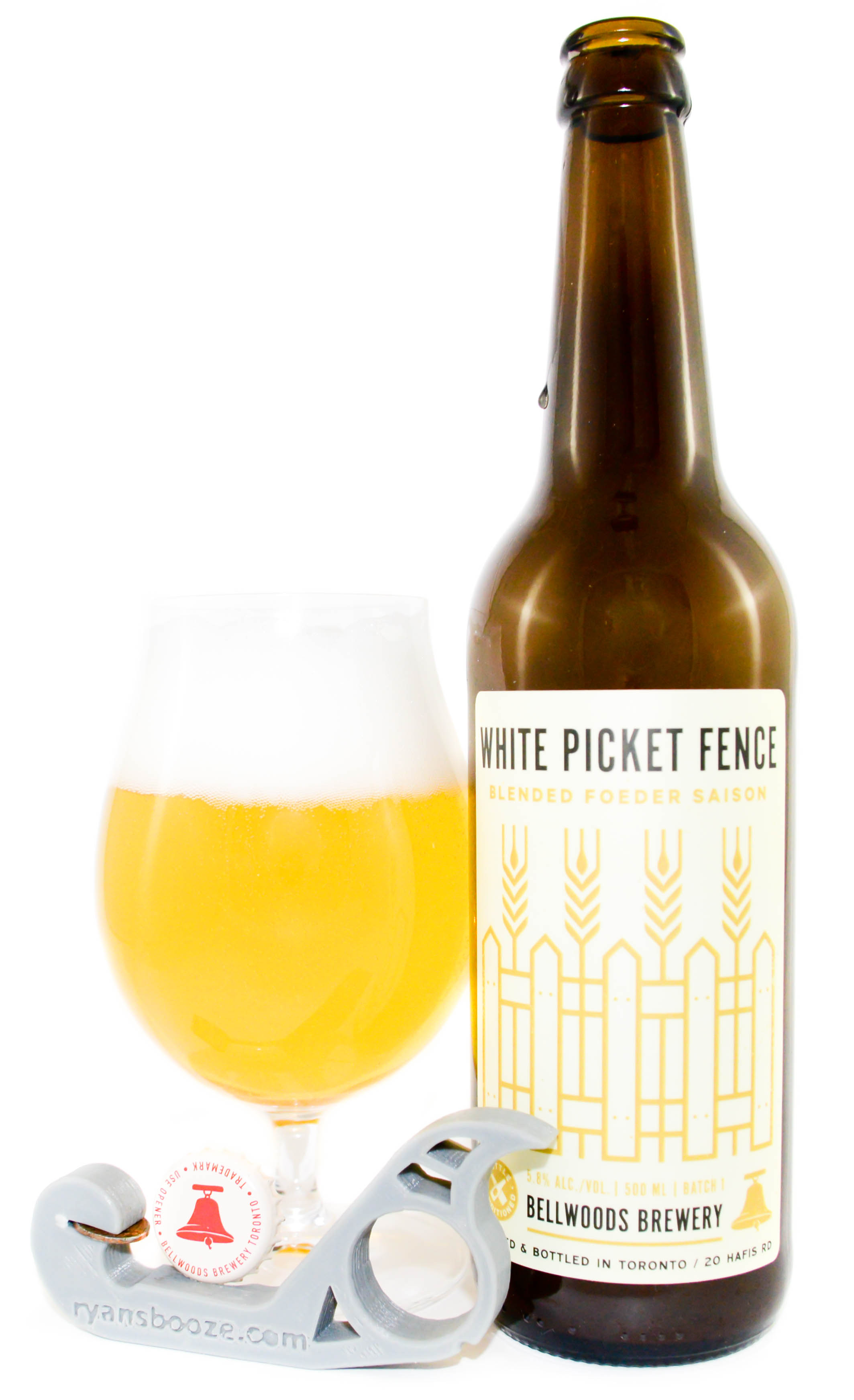