Pours a clear straw gold with three fingers of fluffy head on a moderately aggressive pour, good retention and moderate sticky lacing. Nose is light – pine and floral hop, and sweet malt in the background. Taste is pleasantly bitter up front, followed by sweet malt. Mouth feel tends to the light, with light sustained carbonation.

Decent IPA without the emphatic presence of their higher ABV products like Maximus, Little Sumpin, or Hop Stoopid, but still possessing sufficent hops to keep me interested. Fairly sessionable, actually, with a decent bitter finish. 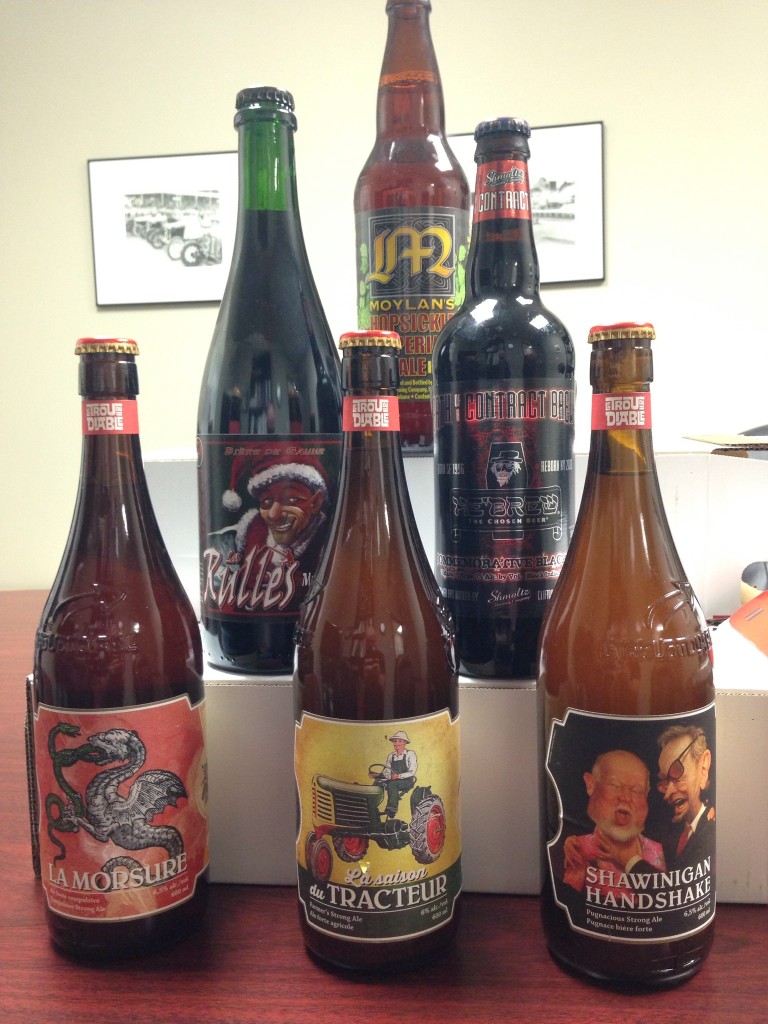 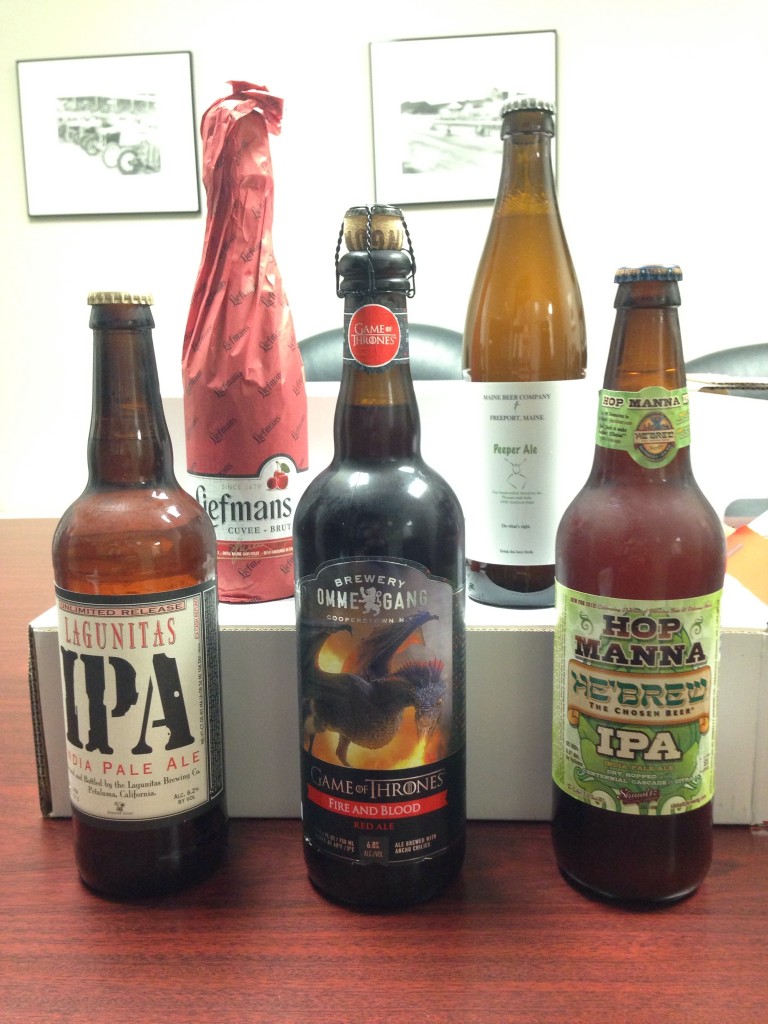 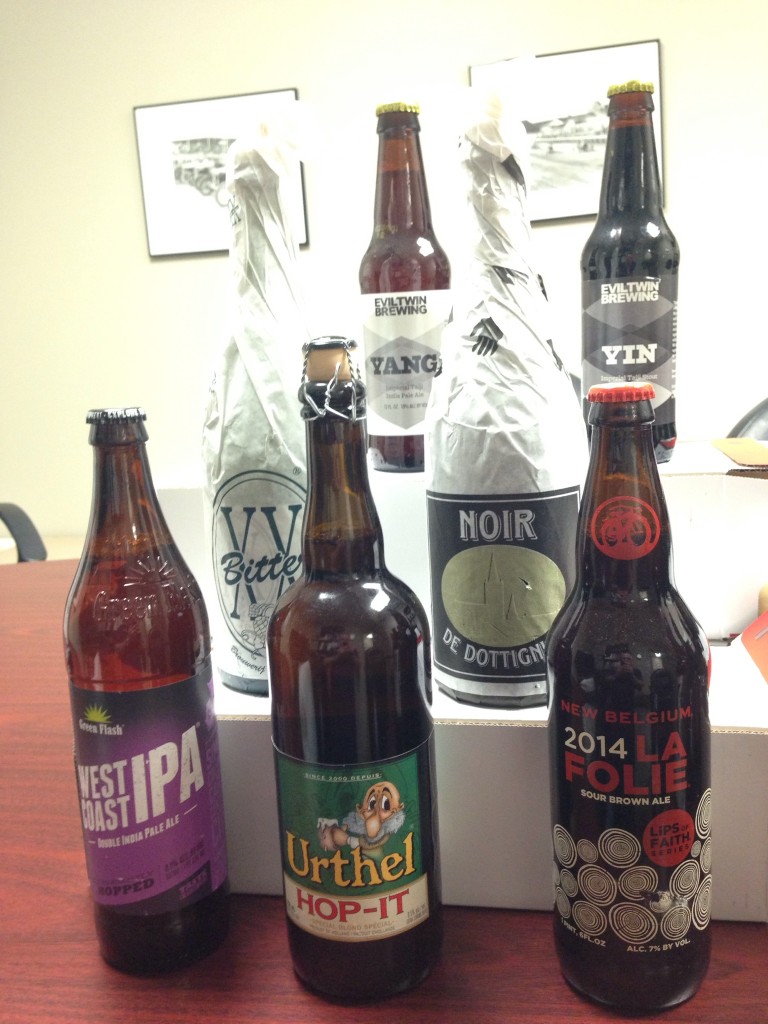 Latest haul. All new to me except that La Folie – it’s so good I couldn’t resist picking up another.

Do I have a drinking problem? Yes. I can’t drink fast enough to keep up with all the beautiful beers out there!

Definitely a far better product than their lager, which was disappointingly bland. Decent hop presence in the nose, slightly less pronounced on the tongue. A very decent option for a locally available brew, and a welcome addition to the NLC lineup.

Pours a clear golden orange with one finger of short-lived head and spotty lacing. Nose is predominantly pine resin hops, with a faint tinge of savory, almost onion-like character. Taste is… bizarre. Initially harsh, with an aggressive bite, but relaxes considerably with warming and additional tasting. Medium-bodied tending to heavy, on the chewy side, with low carbonation.

Can’t say I’m a fan. The nose isn’t bad, and in fact is very similar to the latest Enjoy By, but the flavour is, if not actively unpleasant, less approachable than Stone’s other offerings. Not sure I even want to finish my glass – and for a Stone beer, that’s approaching heresy.

(Tasting flight) Pours a deep cola red with minimal head and lacing. Nose is dark malt with a hint of anise and dark fruit. Taste is similar, but surprisingly sharp, with a distinct alcohol bite. Mouth feels tends to the watery.

(Tasting flight) Pours a slightly hazy light gold with minimal head and spotty lacing. Big citrusy nose with grapefruit and pine resin. Taste is similar against a pleasant caramel malt background. Mouth feel is on the light side but sufficient for the style.

(Tasting flight) Can’t be bothered to do this in detail. Standard fizzy yellow lager.

(Tasting flight) Pours a deep cola red with no head or lacing. Nose is floral and citrus hops with dark roasted malt. Taste follows suit, with a lingering sharpness. Medium bodied with a decent finish.