Kind of a blend of English and American styles: it’s single hopped with an American hop, but with English yeast, and carbonated like an English ale. Decently bright hops stay at the forefront, with a pleasant caramel body supporting. A little earthiness, presumably from the English yeast, adds a little depth to the single hop. (14/20) 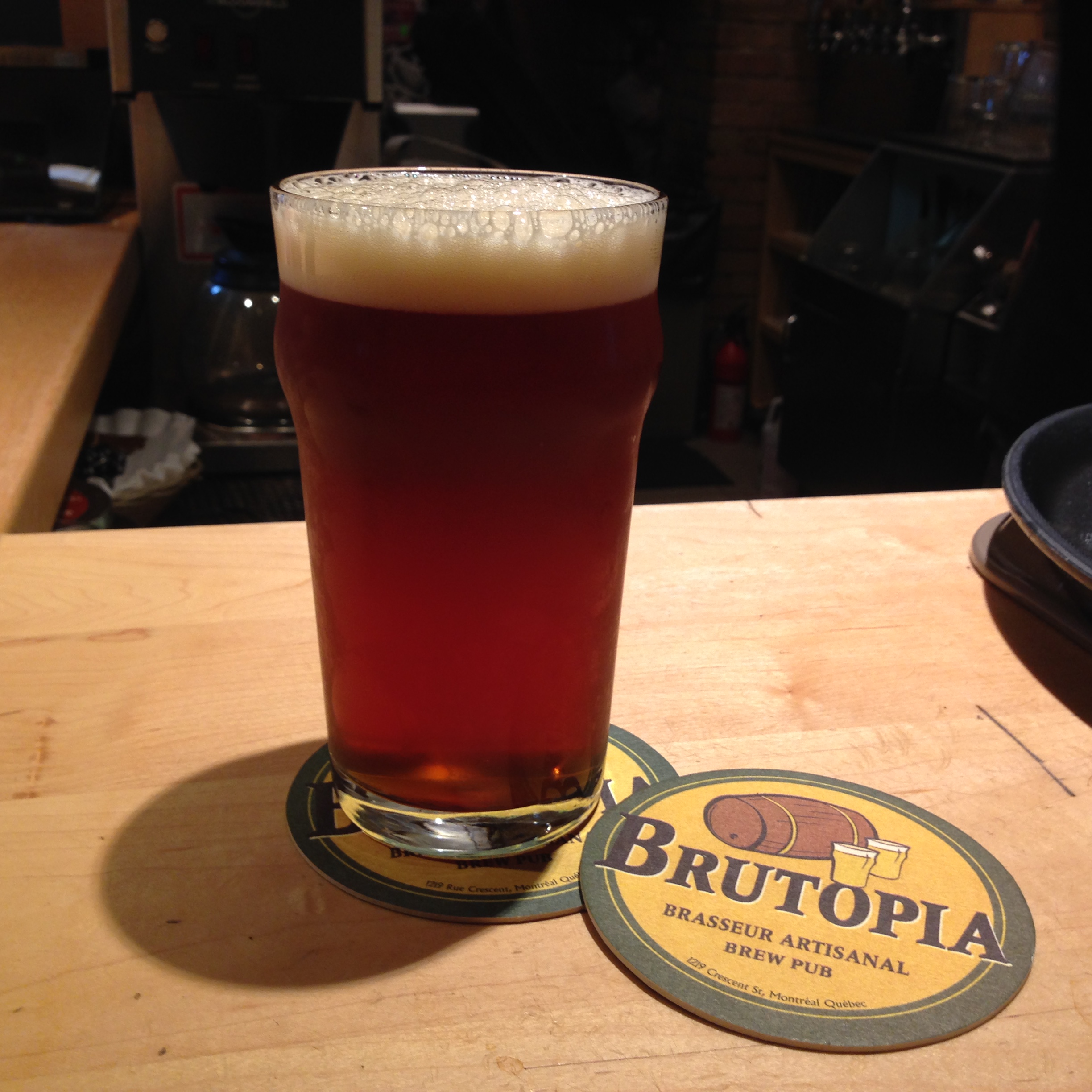 A pretty typical E/IPA – malty, grassy, little bit floral. They tell me they sneak a little Centennial in there, but it doesn’t really seem to come through over the East Kent Goldings and the Tettnang. Fairly sessionable pint, though – a guy could spend a long leisurely afternoon with a few of these. (13/20) 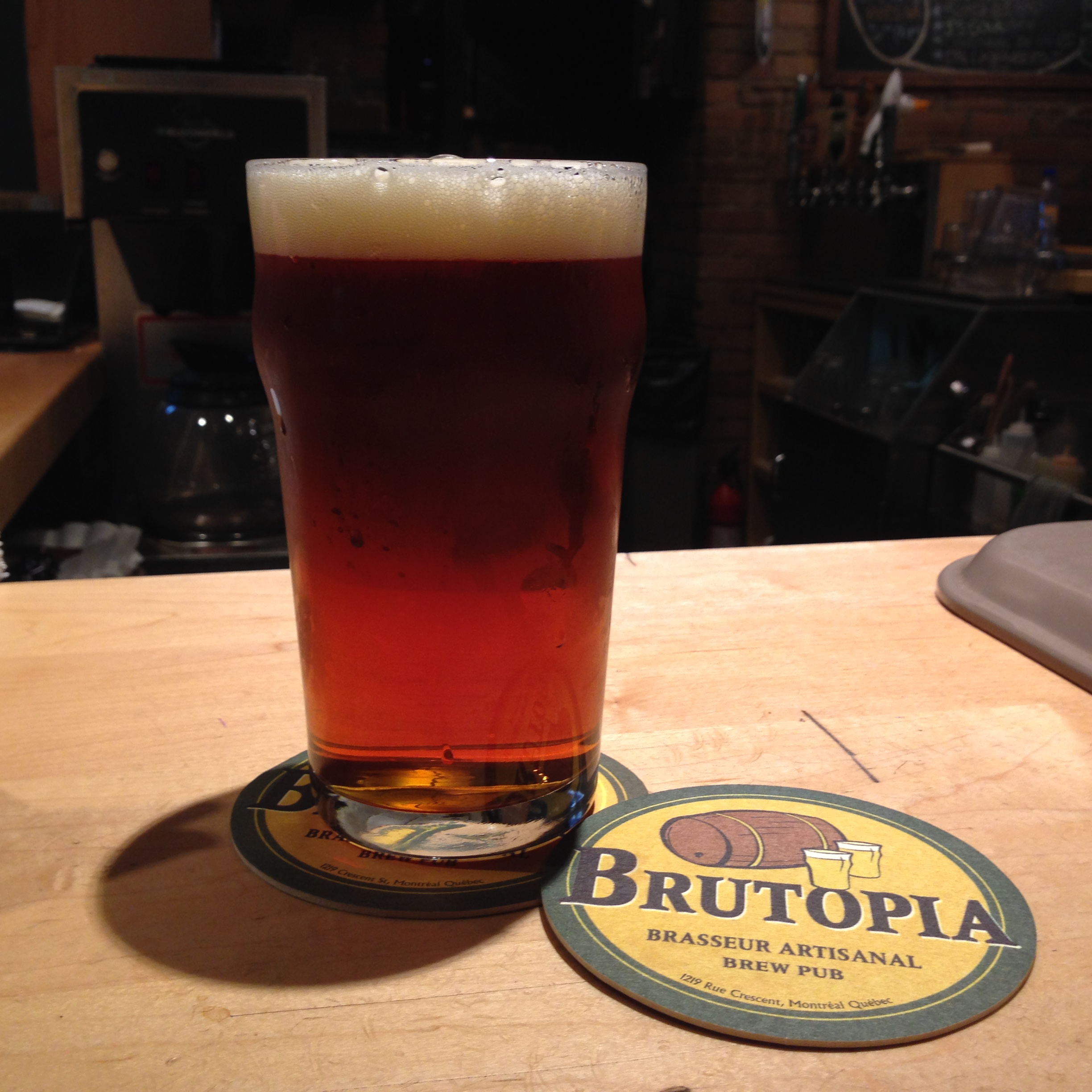 Overall, a decent brewpub. Nice size, three bars on three floors, plus patios. Fairly quiet on a Sunday afternoon, but not dead by any means – a fair contingent of regulars and a few loud drunks, so all good. Knowledgable bar staff and reasonable prices ($5.50 for a pint of their beer before 8PM, $6.50 after, with micros and imports slightly more).

Victims of their own success, apparently: they expanded to three floors but had no room to expand their equipment, so they have no room to do barrel ageing or much in the way of variants. Their beers therefore tend to be somewhat similar, all using the same yeast, without a great deal of experimentation. I tried a little sampler of their sour, but decided against going for a full pint (or even a half) since it was just a bog-standard kettle-soured blonde. Similarly, I didn’t even bother to try their framboise, since the same knowledgable staff told me it was just a blonde, with maybe 5% wheat in the malt bill, and raspberry extract added after the fermentation. I could live with this as my neighbourhood go-to, actually.

This site uses Akismet to reduce spam. Learn how your comment data is processed.