That’s by far the hardest bottle I’ve ever gotten into. I dunno what that cap’s been dipped in, but it’s not wax – more like some sort of industrial adhesive, or maybe whatever The Mask was made of. It started off promising, with a buttery toffee on the front end that was actually pretty pleasing. As it warmed, though, overripe brown apple and pears began to dominate, and were not as pleasant as the toffee. Bit of a disappointment, to be honest. I’ve been generally pretty happy with Outcast, but this contract brew seems to be more reflective of their association with Two Sergeants, with whom I’ve been… well… less happy. (Not to put too fine a point on it, but the one beer I had by them holds the dubious distinction of occupying a nine-way tie for the very worst beer I’ve ever had.) I’m sad to say, this needs work. (I won’t even bother picking on the label – I’m not one to kick someone when they’re down.) (12/20) 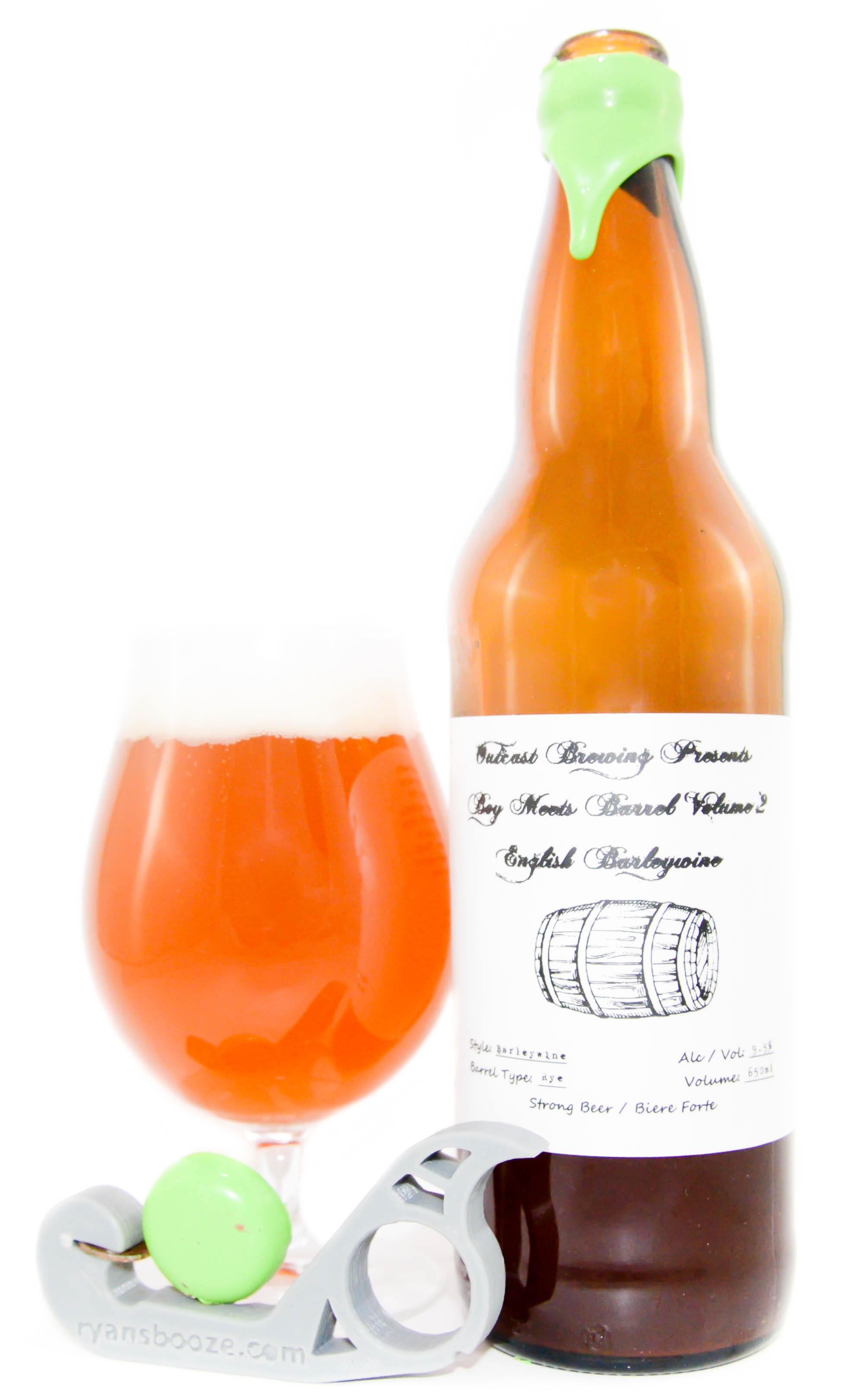